Theme Finland hasn't been followed by anyone.
CREATIONS COLLECTION ABOUT SHOP 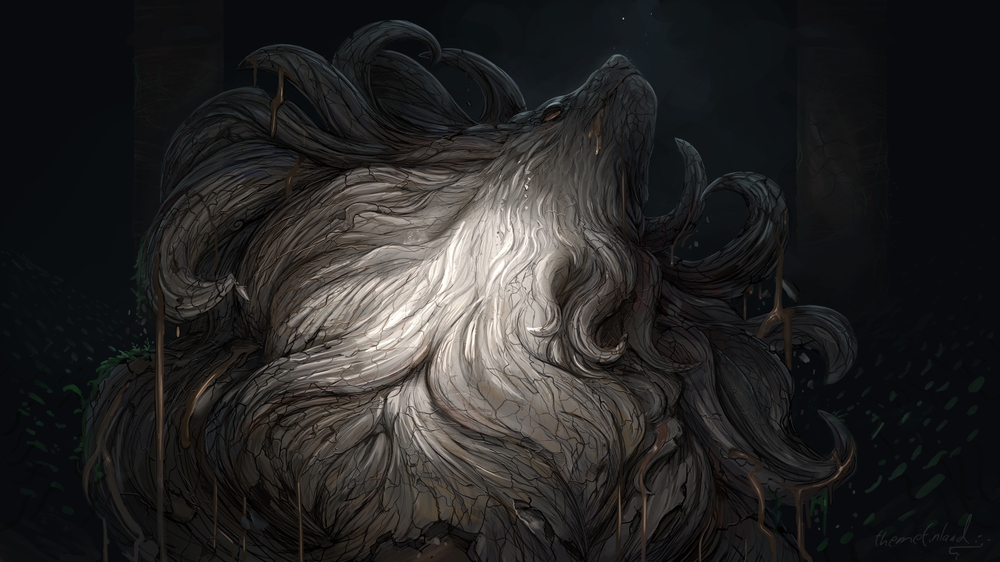 "The tale that is associated with the legendary icon of a wolf that is bleeding gold is a controversial one. However the most popular and widespread acknowledgement of it goes something like this.

"The tale that is associated with the legendary icon of a wolf that is bleeding gold is a controversial one. However the most popular and widespread acknowledgement of it goes something like this.

'Hundreds of cycles ago there was a wealthy noble (or landlord) who had amassed great wealth through managing her land. This land would eventually grow into a town and even further into a city. Through this growth, all of the wealth that was earned in there, part of it always came back to her, eventually growing her wealth to fantastical proportions. However The small town that she once saw over, had grown so much. Before she knew everyone who lived there, but now she barely knew any of them, there was just so many, and more unknown faces kept moving in. With this came paranoia, which only grew as she became more and more distanced from the people due to her wealth. She felt like it was a matter of time before someone would attempt to steal what was hers, take her wealth and her title. She raised taxes on the people, conscripted more guards and watchmen. She could see treachery where there was none and eavesdroppers in every corner. Walking in the streets she would think that the two people talking to each other at the corner of a inn were plotting against her. However the gold kept dropping into her coffers. From this vast wealth of gold she likely had the idea for her favorite form of execution, which was to pour molten gold into the mouth of a person who was sentenced for treachery. Her siblings would sometimes comment on her outrageous and unethical punishments, but were leery on being too critical as they could see that she was becoming more and more unstable.

Likely due to all of the stress caused by her unhealthy paranoia she became very ill not long after. It was difficult to find good doctors, or willing doctors, for her due to the rumors about her paranoia and how the doctors treating her would just disappear frequently after she would become frustrated by the doctors' inability to heal her. She then had the thought that her siblings were conspiring against her, yes, that must have been it. That surely was the reason why these doctors were not helping her or why she was sick, it was because her siblings had poisoned her and now were sending her sham doctors that would, nor could not help her. They were all in the plot together, to kill her through means that would be unnoticeable enough to seem natural and then inherit all her wealth after she'd pass away. Images of them frolicking with her wealth burning in her mind she could not believe how they could betray her so, without her success they would be nothing! No wonder she could see the glimmer of gold in their eyes each time she would cough of her condition become worse. So she sent out letters to her siblings inviting them to her estate for a grand visit. There she killed each one of them by pouring gold into their eyes, something she saw fitting for them, as they coveted her wealth so much with their eyes and now they'd see nothing but.

Even so, with her siblings gone, she still could feel the paranoia looming behind her. Especially now after the slaughter at her estate, even those close to her had began to talk behind her back, this time it wasn't just her paranoia either. She had began to act even more reckless in her behavior than before, those who were actually loyal to her she had killed and they were replaced by those not so loyal, albeit seeming far more loyal in her presence. Then one day it became true, the plot against her was finally fulfilled when several people that she thought were loyal to her, marched into her chamber with a vat of molten gold. In actuality these people were those who she had wronged one way or another. The mob then made certain that she would forever be with her wealth.

However, once she was dead and the mob had doled out their vigilante justice, the city itself had been reduced to a fraction what it had been. Her paranoia had reduced the people into hostilities and thievery, eventually marking the doom of the city and it being erased from the maps.'

The other story paints a far nicer version of this noble, wherein she is not driven mad by paranoia, but instead she manages her city justly and is actually very much liked by the people. However in her life she would make some bad choices which would be a detriment to her city and herself, but the people knew that she had the best intents in mind. In this version she would eventually be murdered by her siblings out of jealousy of her success.

The statue itself is supposedly a sculpture of her, and the statue is constantly, at a slow rate dripping out gold, or what appears to be gold. This metal that seeps out of the statue looks like gold, but it is actually more like very thick liquid, as it can be shaped with your bare hands. It is however cursed or toxic and those who gather or touch the substance will die or go mad shortly after."

You're now the owner of a rare digital artwork by Theme Finland!
Please allow a few moments for us to transfer ownership of this creation to your digital wallet.
View your Purchases

Your bid to own a rare digital artwork by Theme Finland has been submitted.
The owner has been notified and we'll let you know if they accept your bid.
View Your Bids 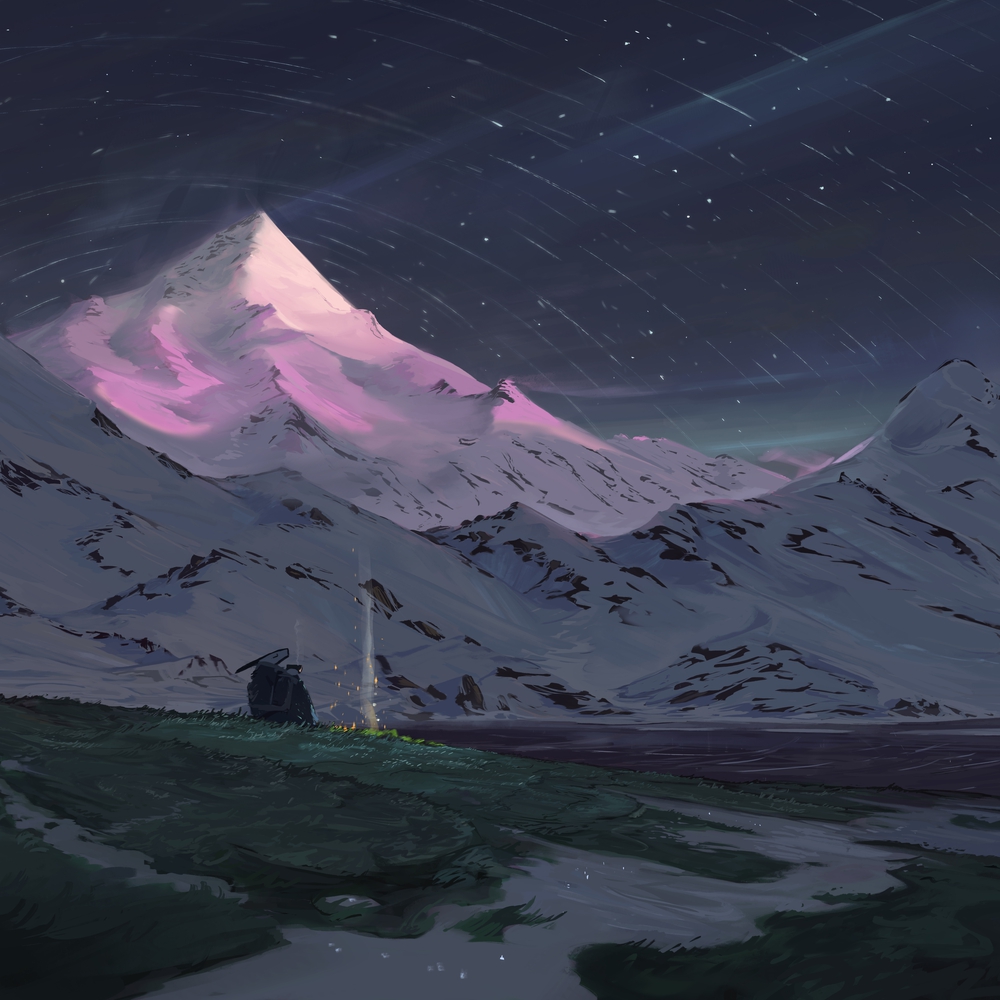 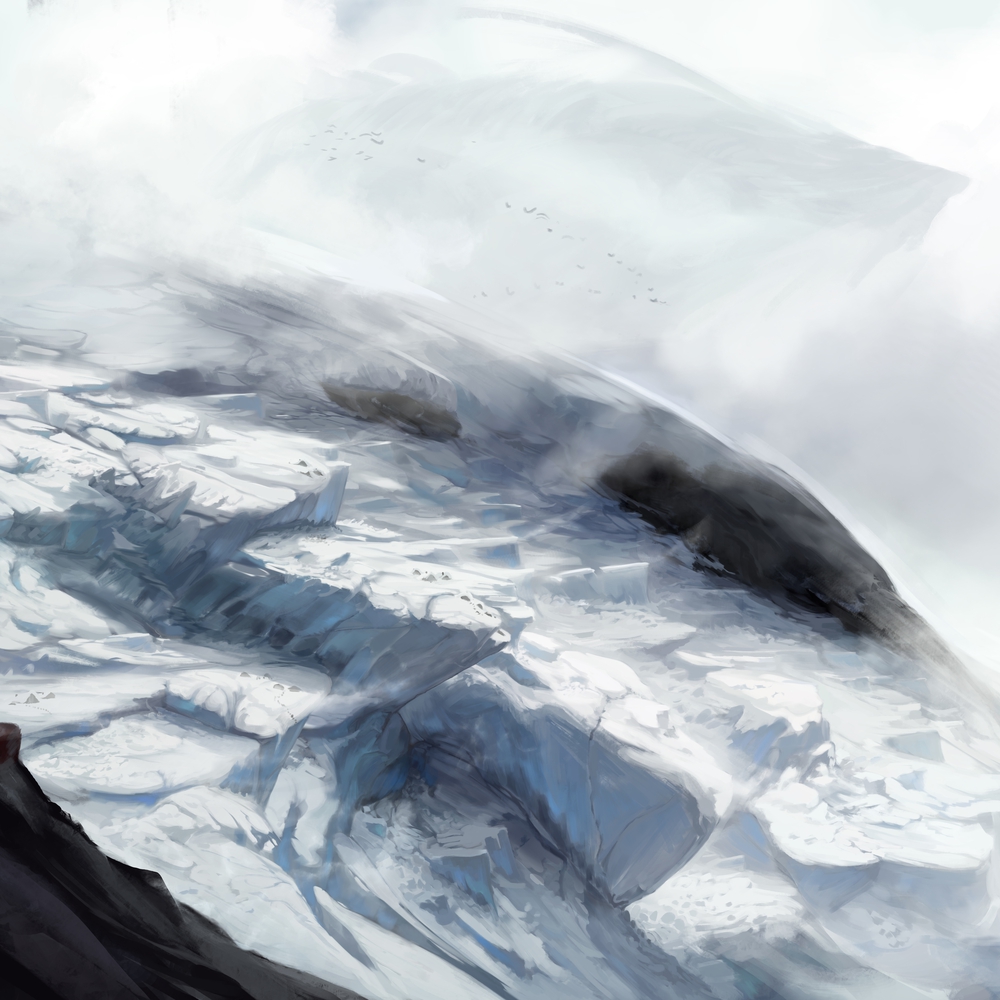 The god that moves the fog 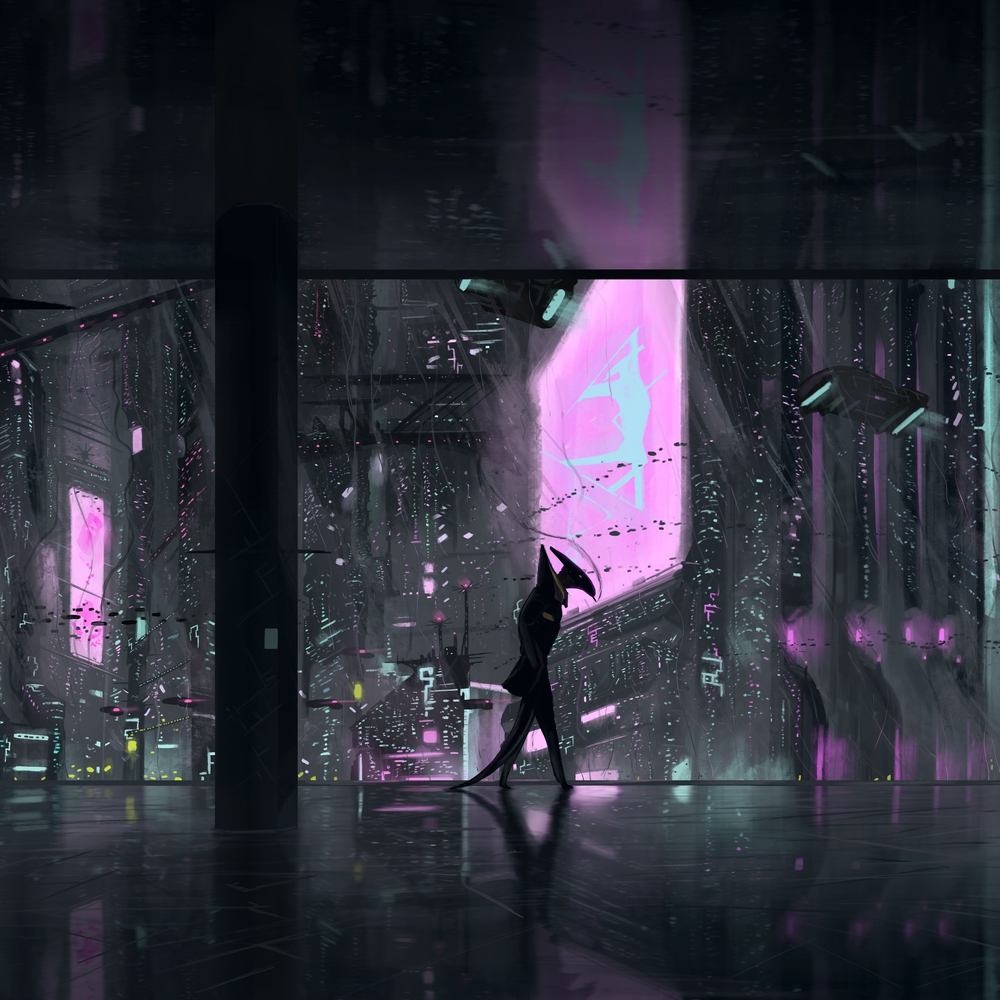 Shut the lights when you leave 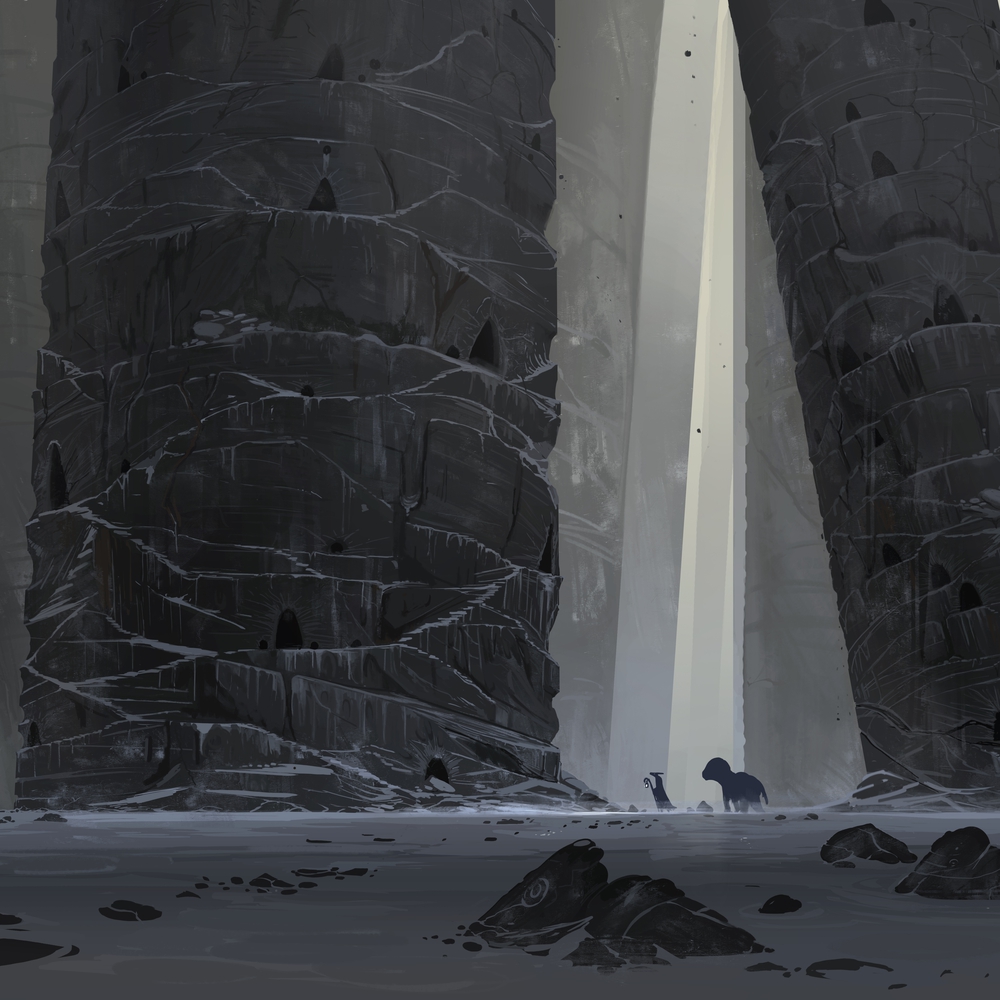 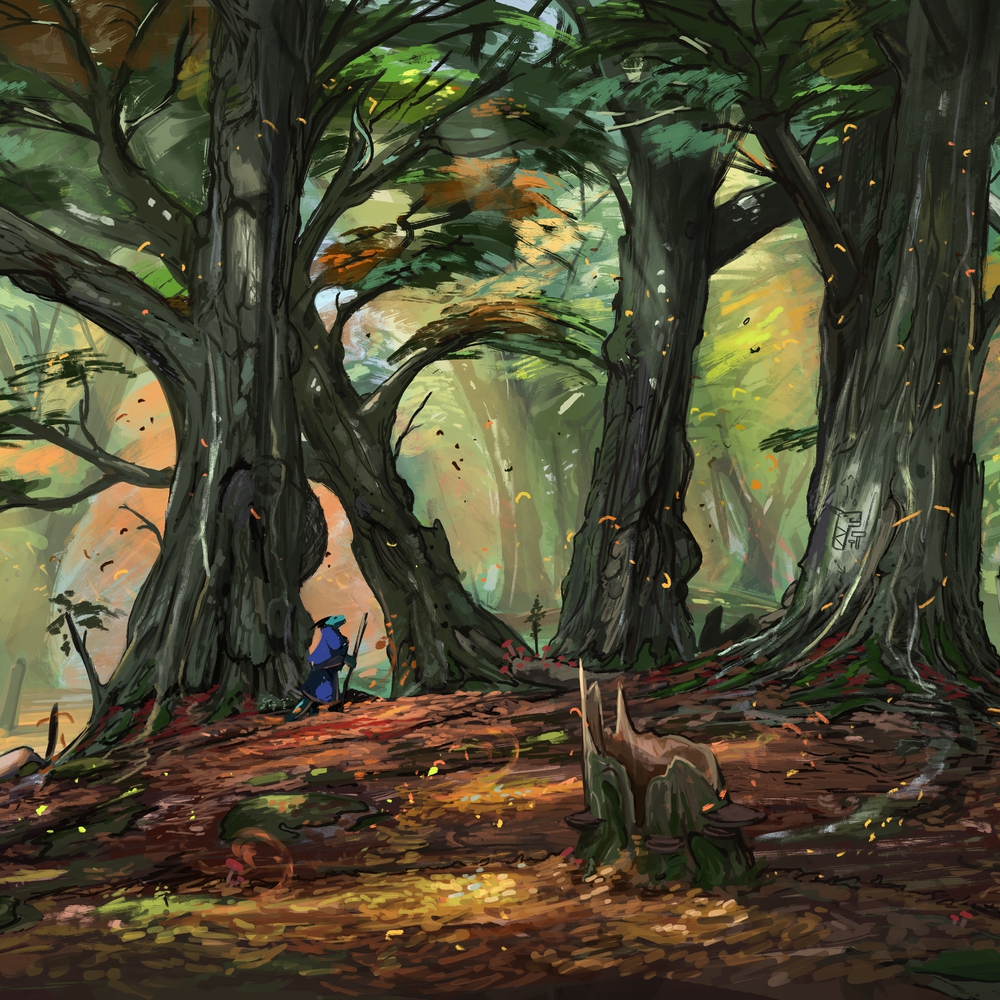 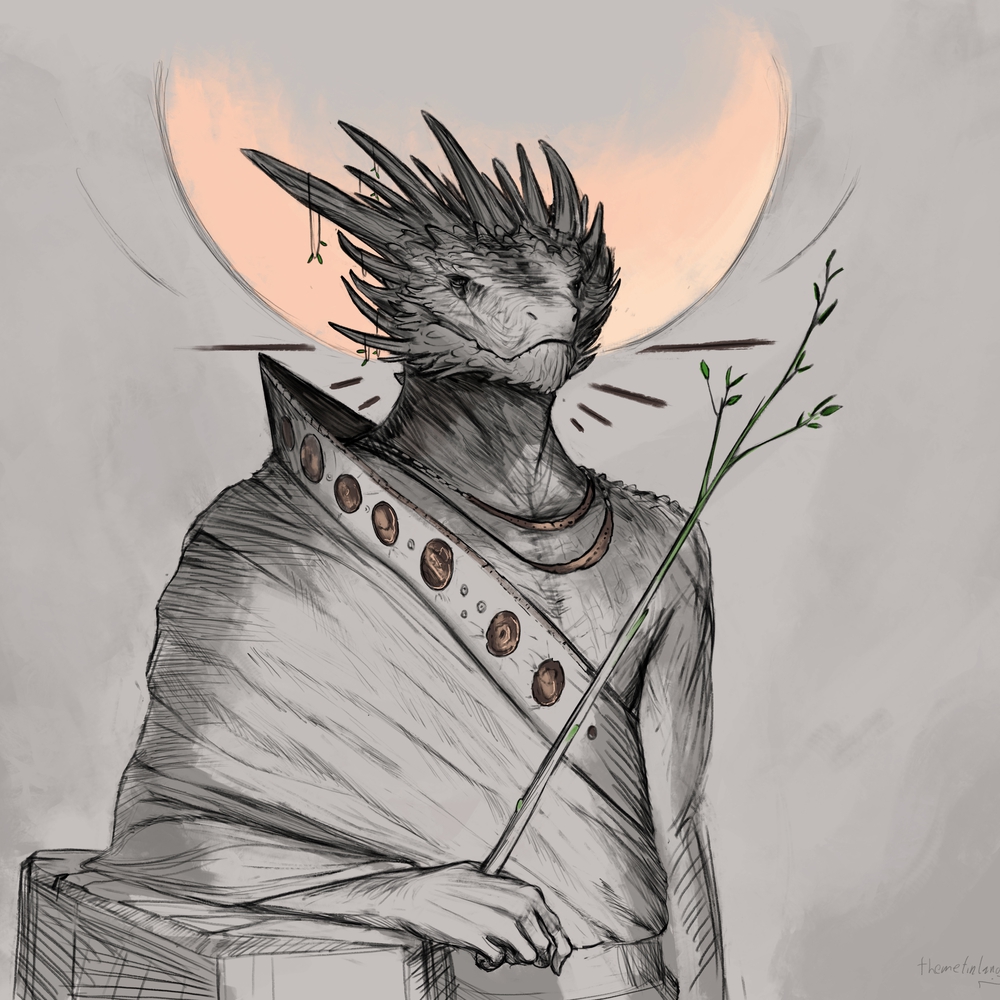 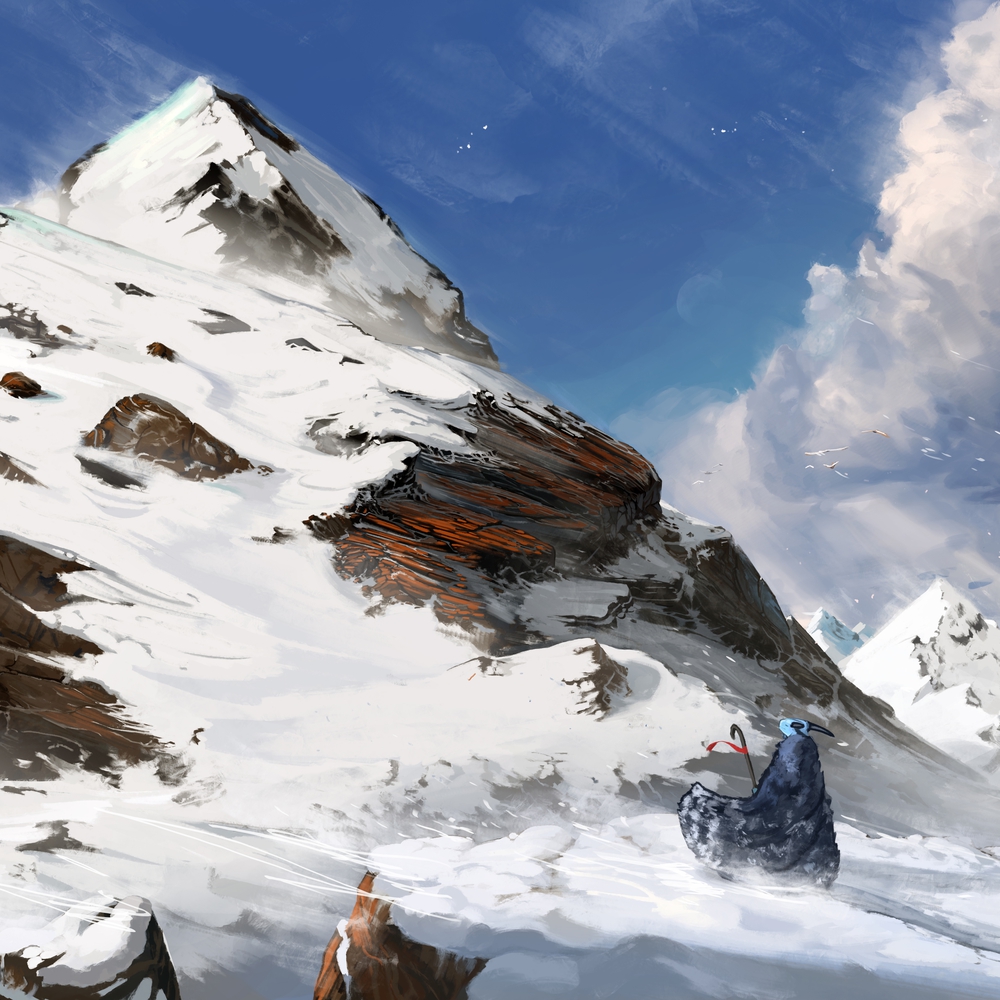 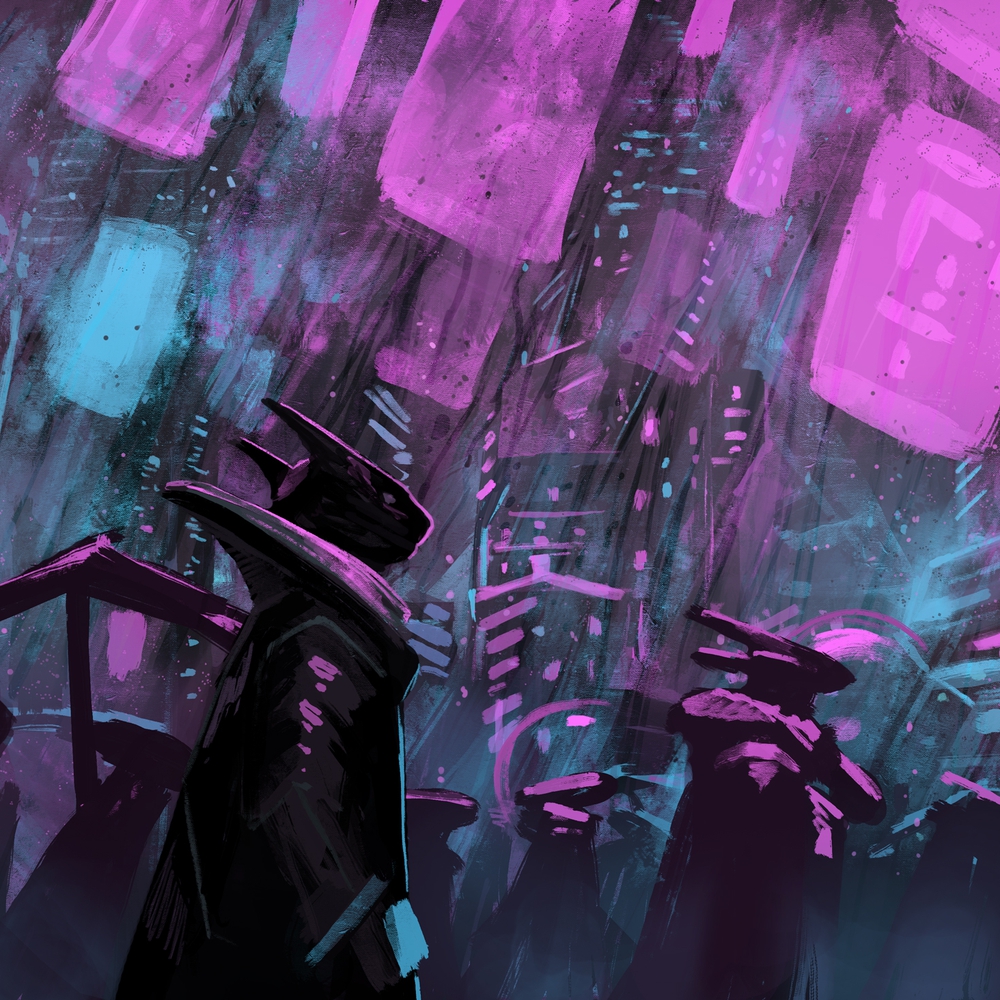 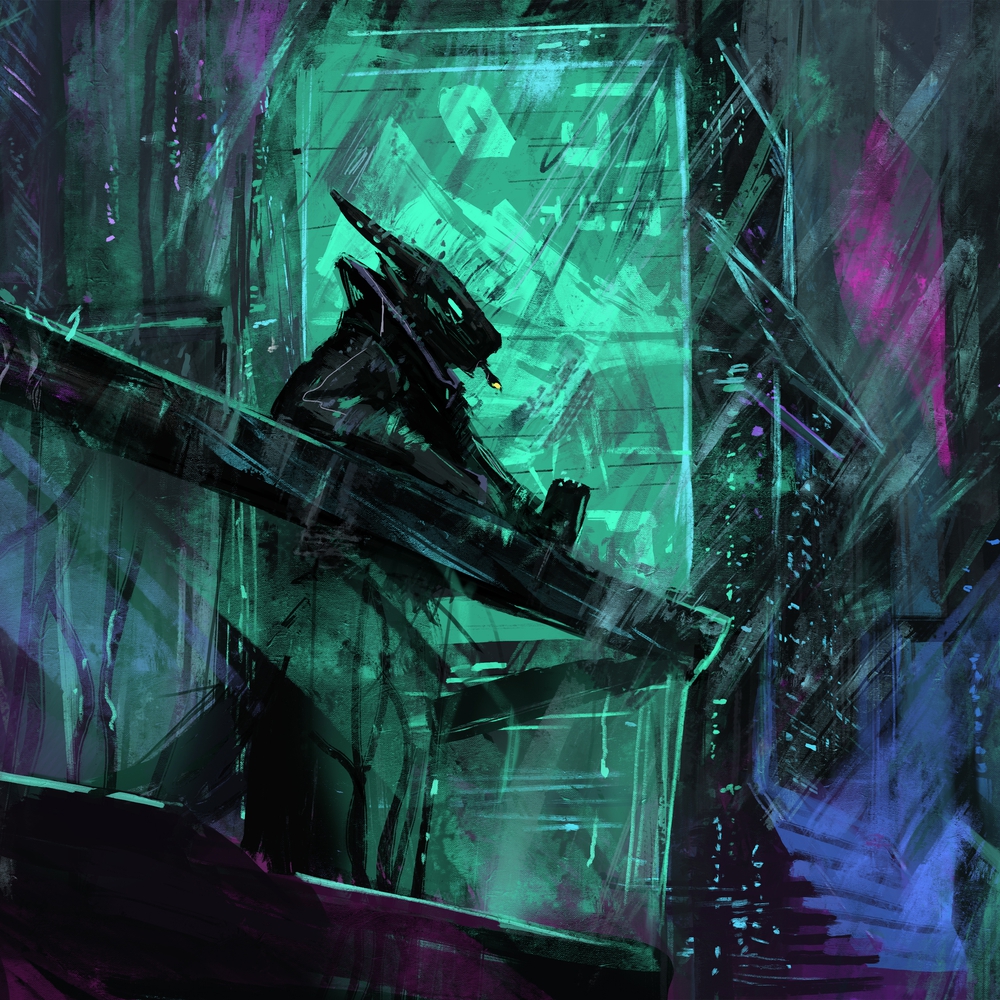 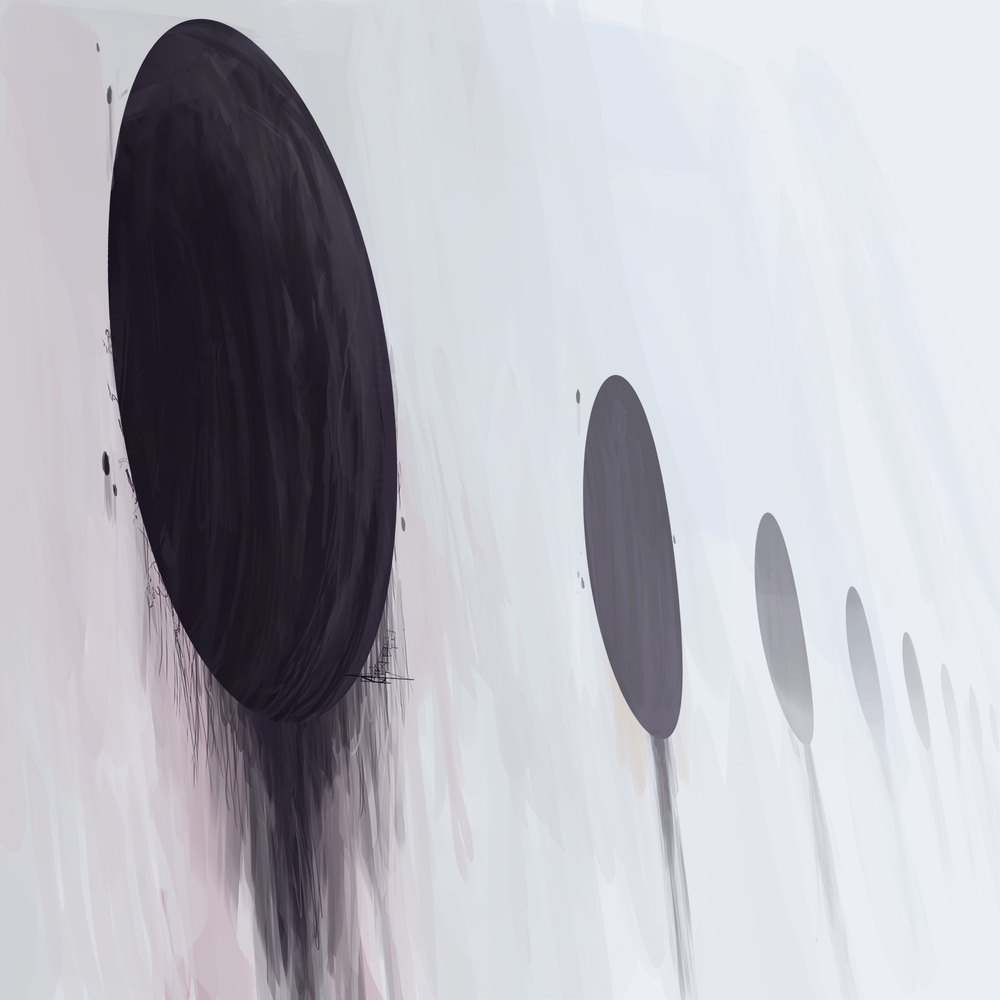 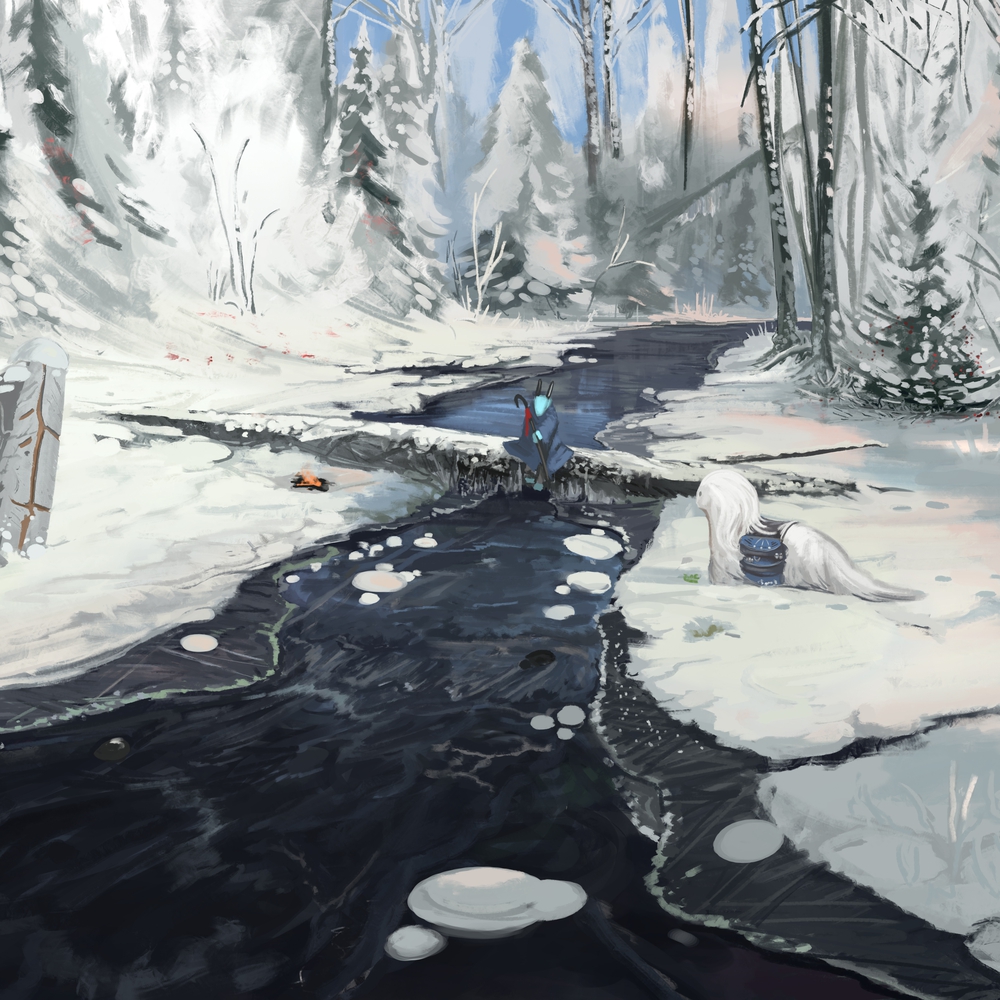 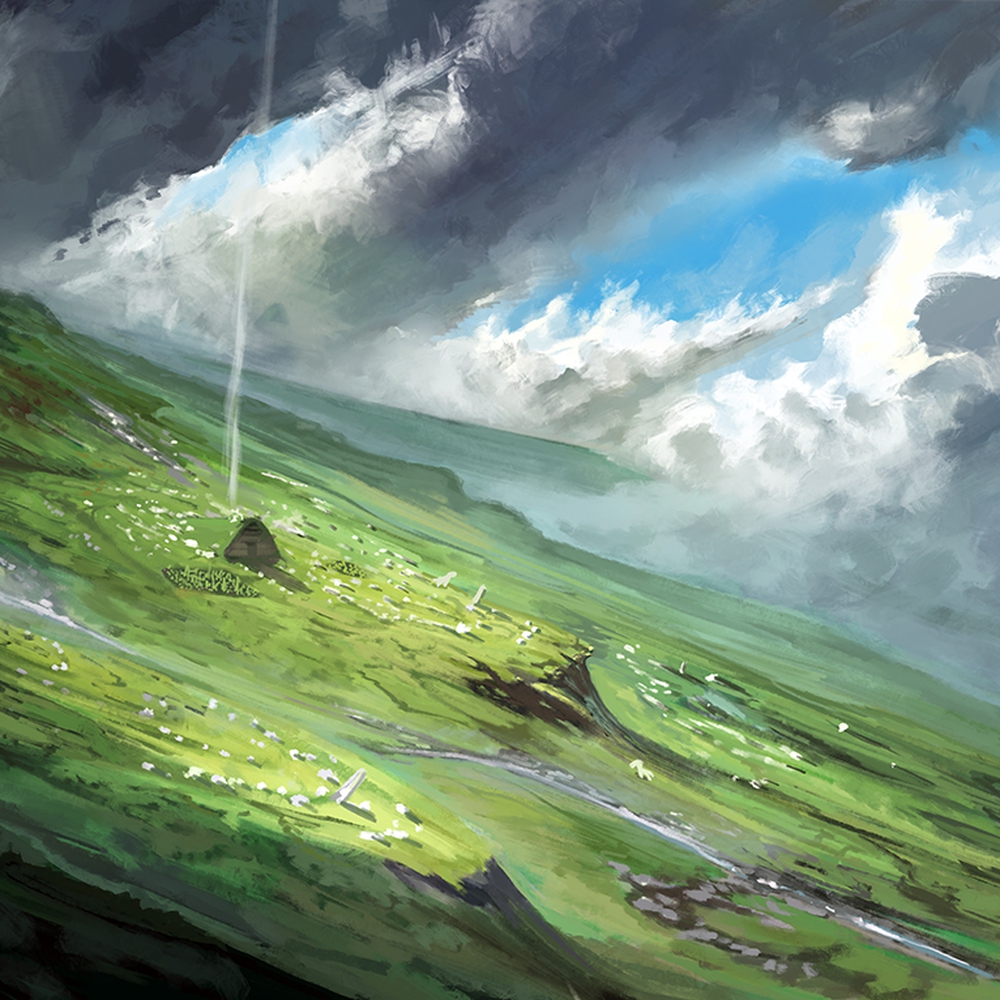