Joshua Levin hasn't been followed by anyone.
CREATIONS COLLECTION ABOUT 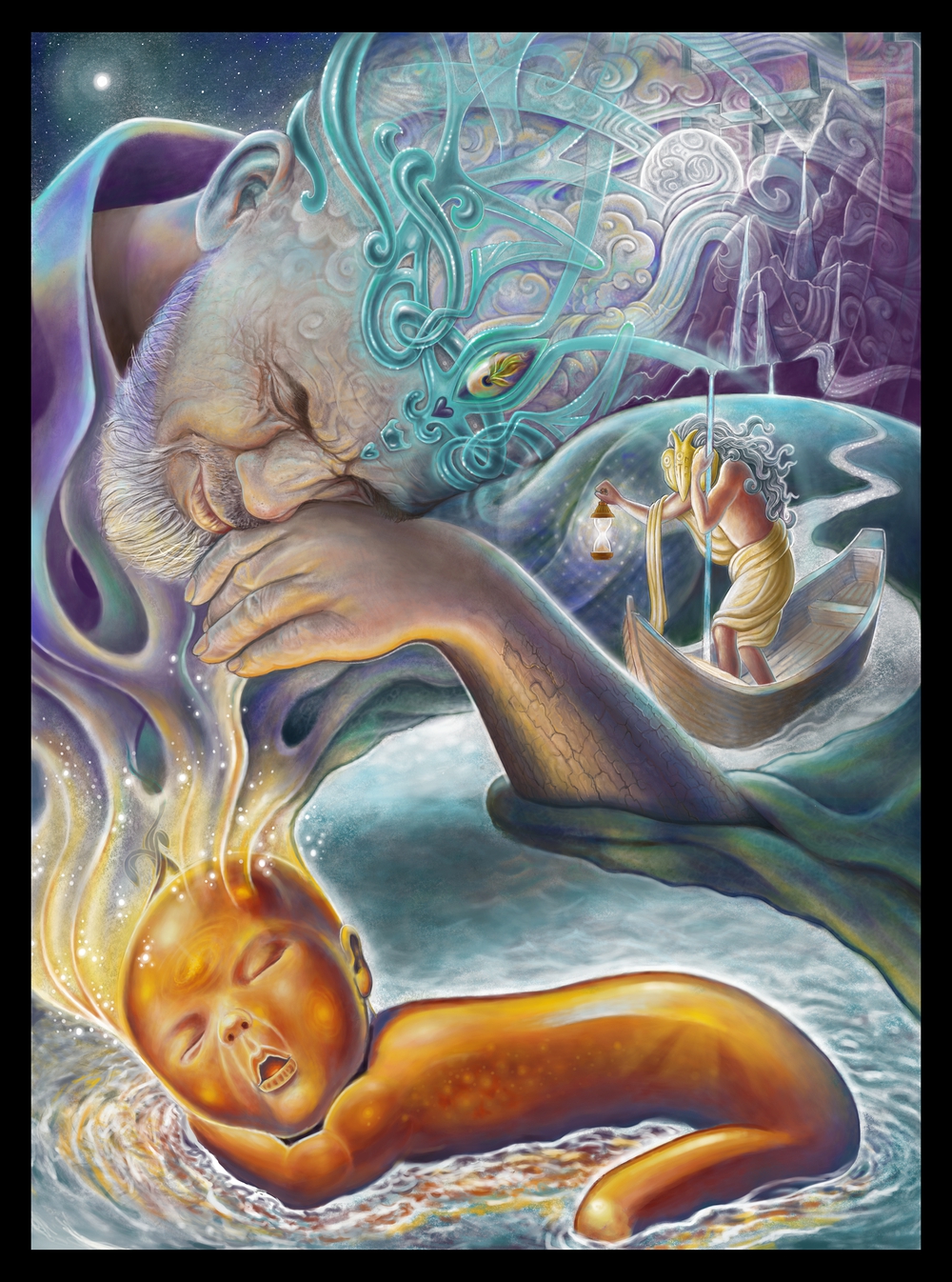 When we glimpse the really big picture, it is clear that the stories we are telling are little more than the sounds our bodies make as the currents of life pass through us. Life is having us. We are not having life. The cycles of birth and death, sleep and … (read more)

When we glimpse the really big picture, it is clear that the stories we are telling are little more than the sounds our bodies make as the currents of life pass through us. Life is having us. We are not having life. The cycles of birth and death, sleep and wakefulness, consciousness and unconsciousness, are the rhythms and waves of much larger cosmic movements. The voice in your head is by no means driving the bus. Like rustling leaves as the winds of time blow through our awareness, the inner narrative, the animation of our limbs, the emotional ignition of a pleasant caress, are all less than froth on the ebb and flow of the cosmic sea. Still, it is because of this saturation of self in the cosmos that we can find the cosmos in our selves. At least, we can find it if we really listen and look for it. The surfaces of life are made shallow by the appearance of urgency, the endless demands on our attention, and the inevitable failure to pay real attention long enough to see beyond the exteriors. Nevertheless, everywhere we look, there are clues to the infinite depth of things, to the forces behind the actions and the meaning beneath the words. With just a little bit of scratching, the surface gives way to another layer of understanding, and as we peel back the skin of the moment, the holy center, the nexus of interdependent interconnection ripples into infinity. Yes, in truth, the signs and symbols are everywhere. They litter the ground of our lives like great nuggets of gleaming gold, and we pass over them like a bunch of color blind prospectors throwing worthless grey rocks back into the stream.

Witness your dreams. Do you remember them? Everyday, everyone on the planet dreams, and yet, they are rapidly fading from our awareness. Where is the initiation, the education, or simply the respectful reverence due to the mystery of dreams? They are shared planetary visionary experience. Years of life are spent in the incubating sleep state of dreams, and the difference between those who remember and those who forget is almost entirely determined by whether they have learned to care about them (remembering dreams is a skill that comes easily with the desire to do so). While the diverse cultures of the earth have celebrated dreams as doorways and messengers beyond the surfaces of waking life, the West has abandoned serious engagement with dreaming. Dreams do not easily avail themselves to objective tests and linear explanation. Just as geometry presents us with mathematical reflections of cosmic order, dreams offer poetic reflections of cosmic consciousness. While the structure of molecules are deciphered in math, the structure of dreams are revealed in mythopoetry, art, and the phenomenology of experience. They are golden! Mysterious stones from the heart of being- great cobbles of cosmic gold awaiting the wakeful attention of a world filled with dreamers. And when the mining begins, the veins reach far beyond the dreaming. The surfaces of waking life are themselves covered with the perceptual sheen of our dreamers' minds. Unraveling the thread of self through the mysterious reflection of the worlds we dream into being IS the nature of the universe awakening to its own presence.

A Dream of Noble Speech, 2017, while I was working on this piece:
I dreamed I was somehow holding a book in which I had found a very special passage that I loved- a passage that was just the perfect thing to say at that moment when a friend stands in the radiant presence of the whole of existence. The book had an audio recording feature that went with it, and I enthusiastically wanted to share this piece with my wife and father. I kept trying to read it to them, but the recording completely ruined it, trivialized it, flattened it into amusement. My wife and father humored me. I restarted several times, saying something like, "never mind that, here's the really good part," but the soul of it would slip away in electronic translation. The audio effects and studio voices did not help. They created space between the words and their meaning. They diminished this perfect expression and reduced it to another nice, but ultimately trivial point of casual interest.

The scene changed. My young son, now very much younger than he actually is, was especially excited to share a gift with my father. When my father arrived, he greeted the boy sweetly, but he did not fully meet and match my son's genuine enthusiasm. He seemed to be distracted by the belief that there was an ulterior motive, that my son didn't really mean it, or that he had been put up to it. There was a loss there, a small but perceptible loss.

The scene changed again. We were renting a piece of heavy equipment. The lady with the clipboard mentioned that I could just use the hydraulic pile driver on the rig to do the job. I was confused, "my lift doesn't have a pile driver." Her eyes suggested that I was mistaken. I looked again and could see that there was a mechanism for it.

I awoke and found myself thinking, "what's a pile driver and why am I dreaming about one?" A pile driver... that's for pounding very large stakes, anchors in the ground. It's for making something absolutely secure. "How strange," I mused, as the dream continued to evaporate from my memory. What was it? Was there something else in this dream...something about a book and a passage.... yes, that's it, there was a beautiful passage, the most beautiful passage, the perfect thing to say when someone stands awake, reborn in the glorious presence of all that there is. It can't be transmitted in a recording, it probably can't be sent on the internet. I almost remember those words, those beautiful words that complete the connection, that bring heart and mind into alignment like a perfect meeting between a grandson and his grandfather. Yes, those words, they are what I most deeply aspire to speak. Those are the words I would like to drive into the ground of my being. Those are the words I most cherish, words that would anchor my voice to the eternal perfection, the infinite connection that flows through it all.

Do you know the words? Have you seen them die on the electric vine? Do you speak them in all that you speak? Have you driven that golden rod through the center of your soul? - Joshua

You're now the owner of a rare digital artwork by Joshua Levin!
Please allow a few moments for us to transfer ownership of this creation to your digital wallet.
View your Purchases

Your bid to own a rare digital artwork by Joshua Levin has been submitted.
The owner has been notified and we'll let you know if they accept your bid.
View Your Bids 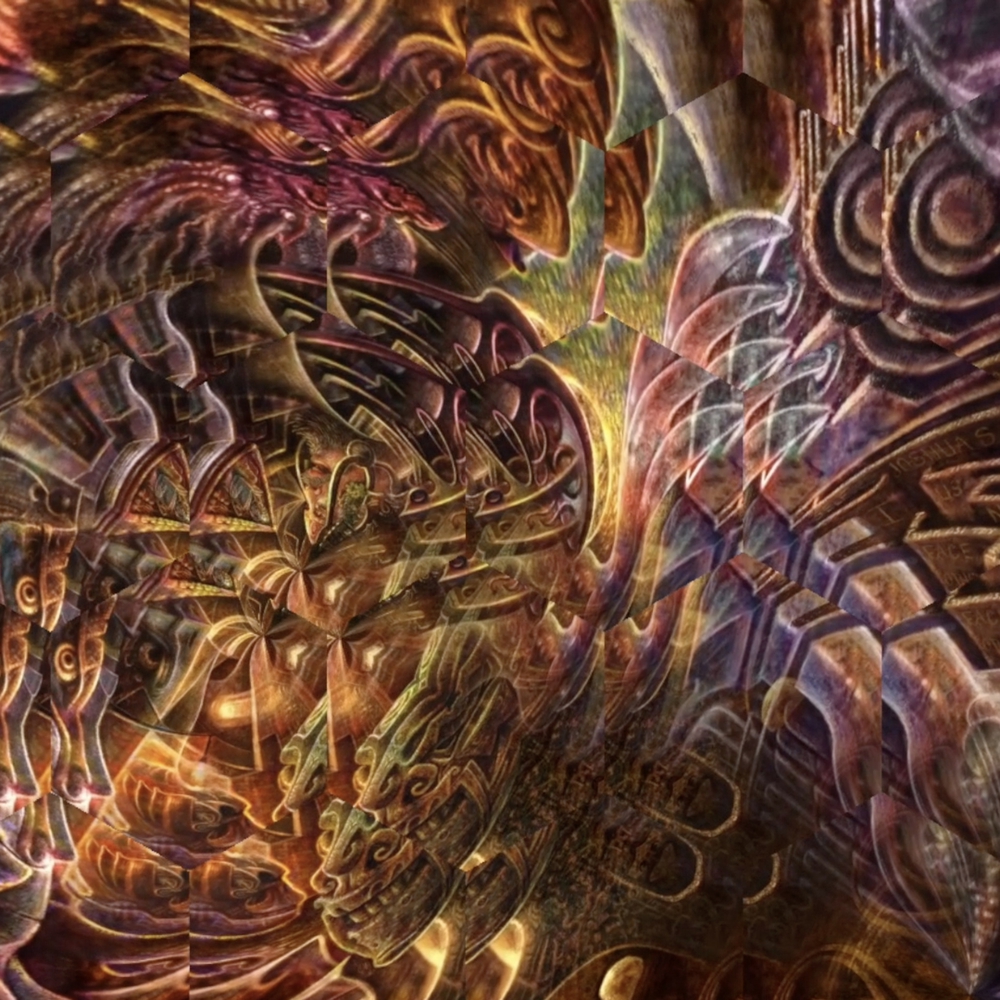 More Than Meets the I 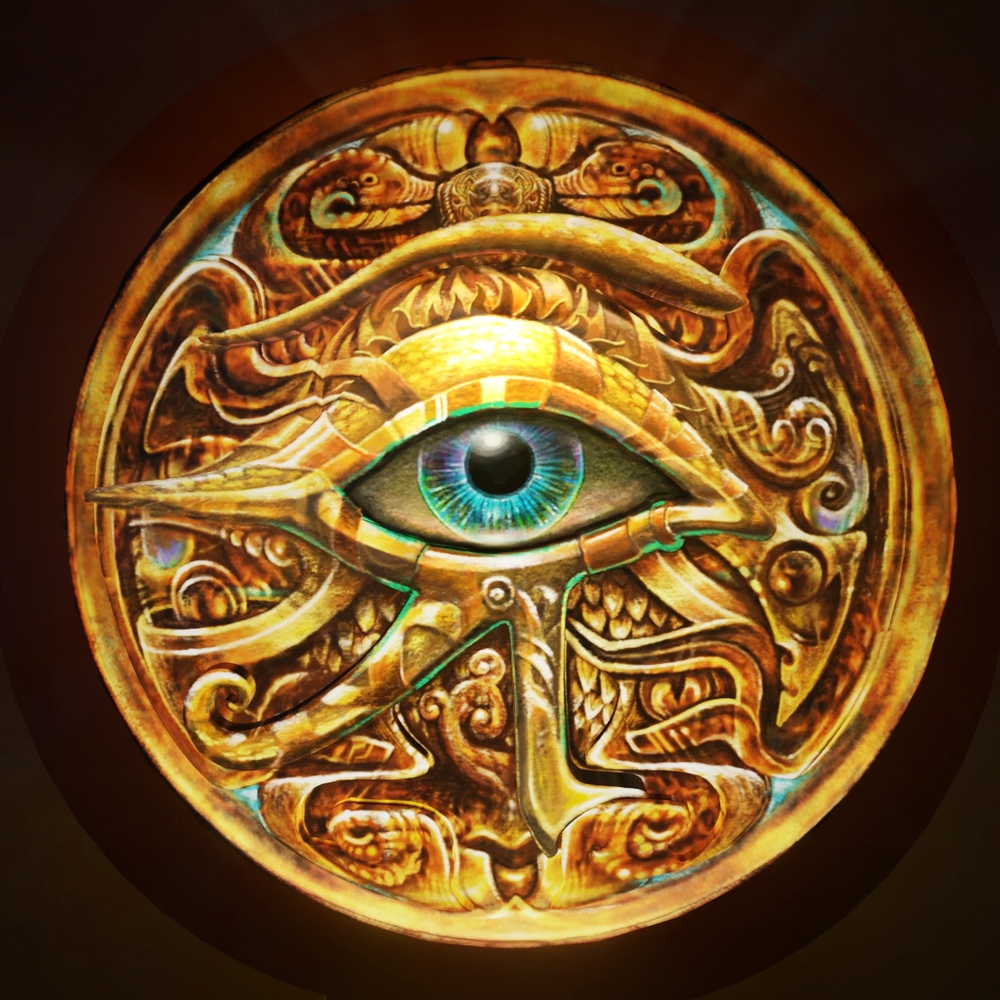 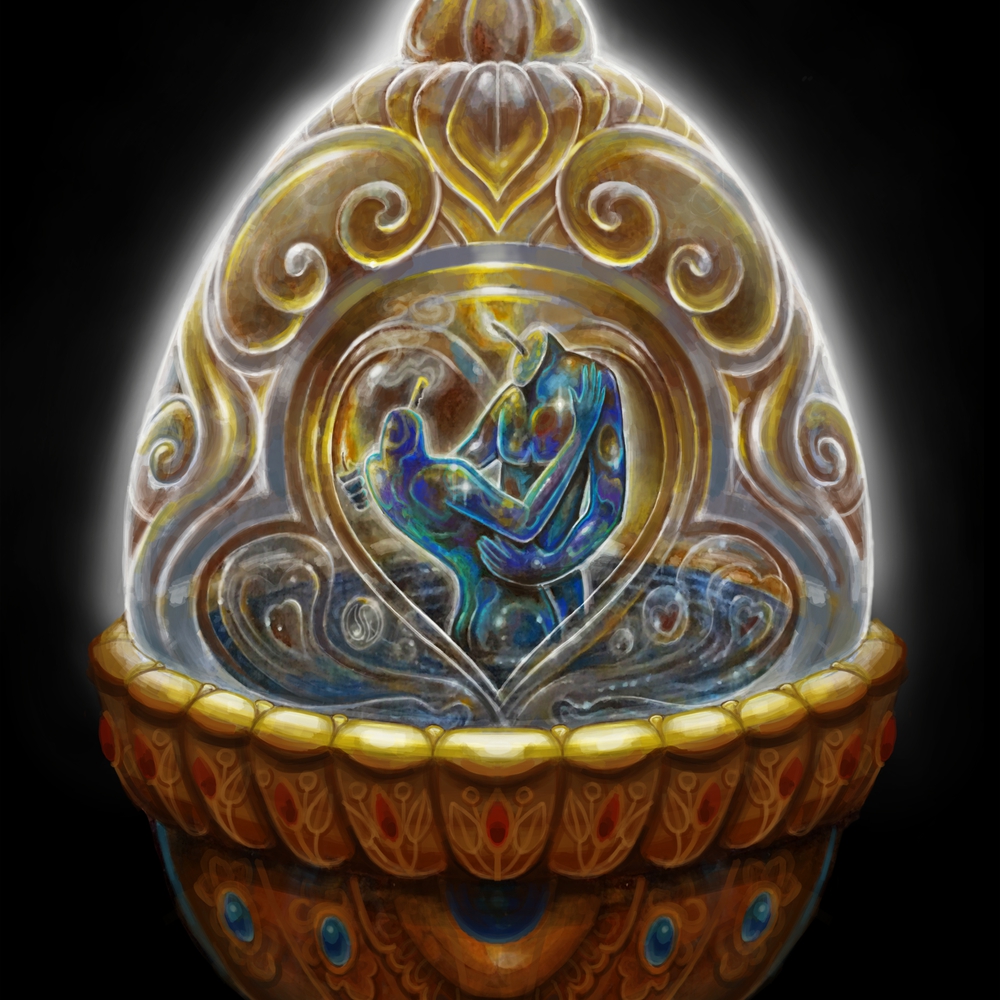 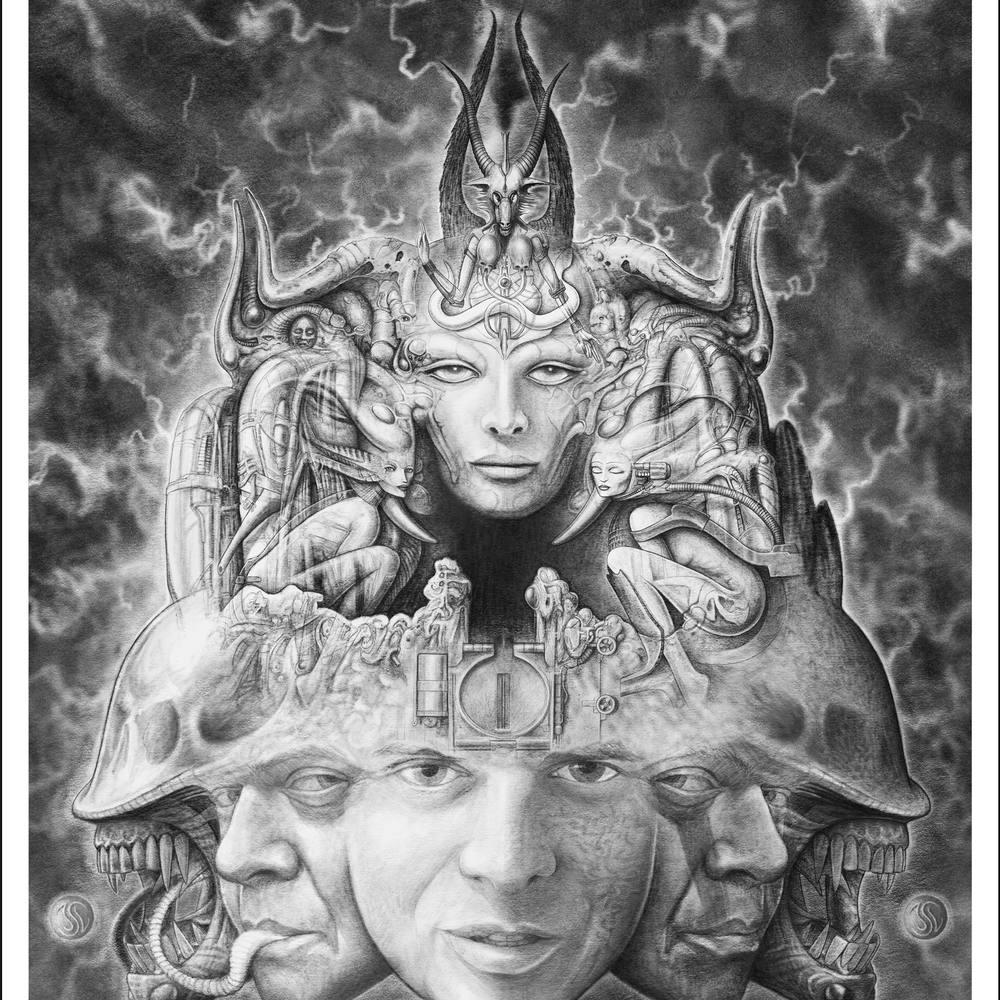 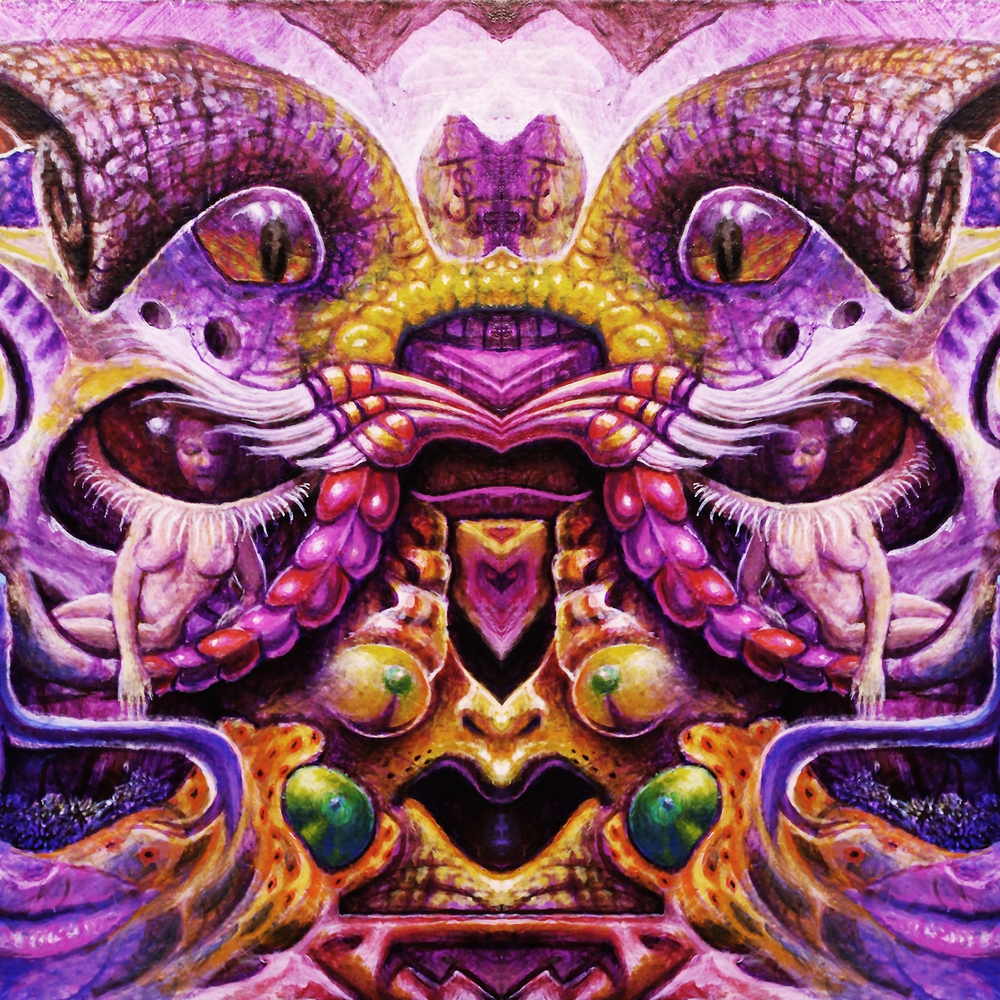 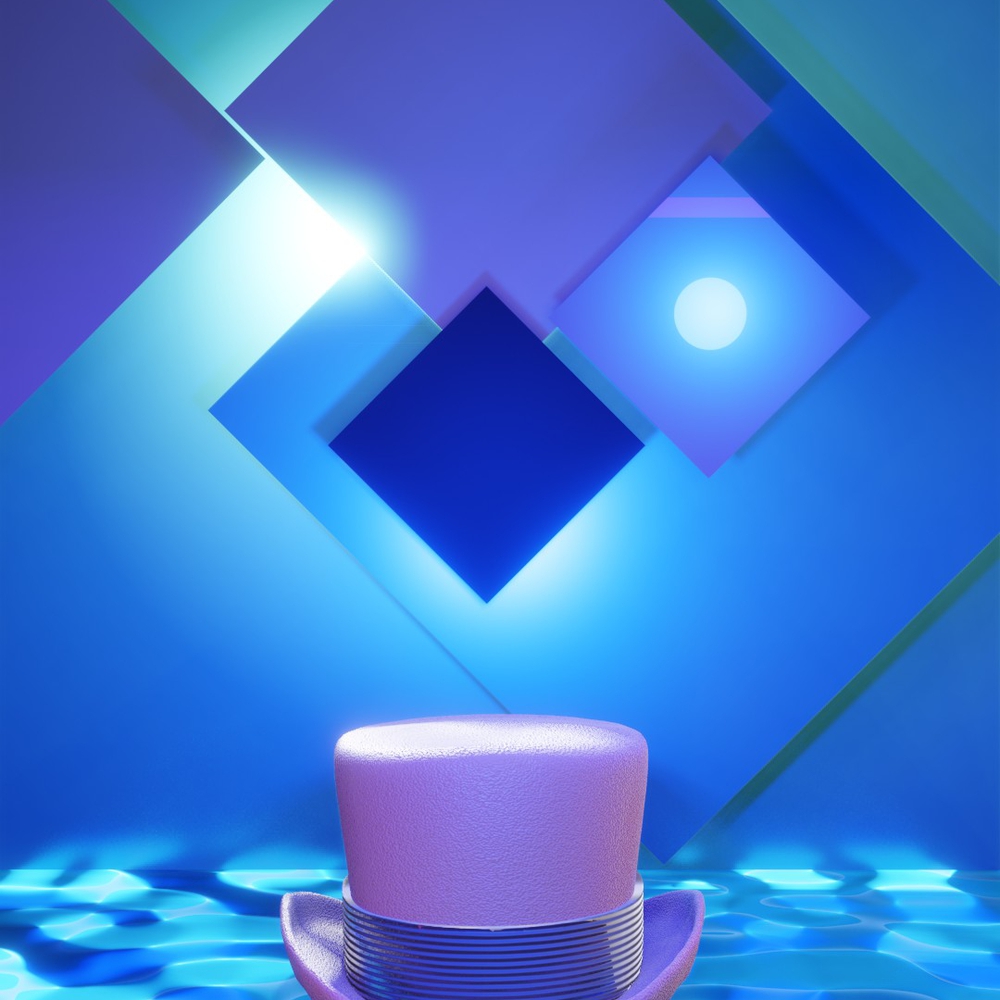 Liquid Magic in the Metaverse 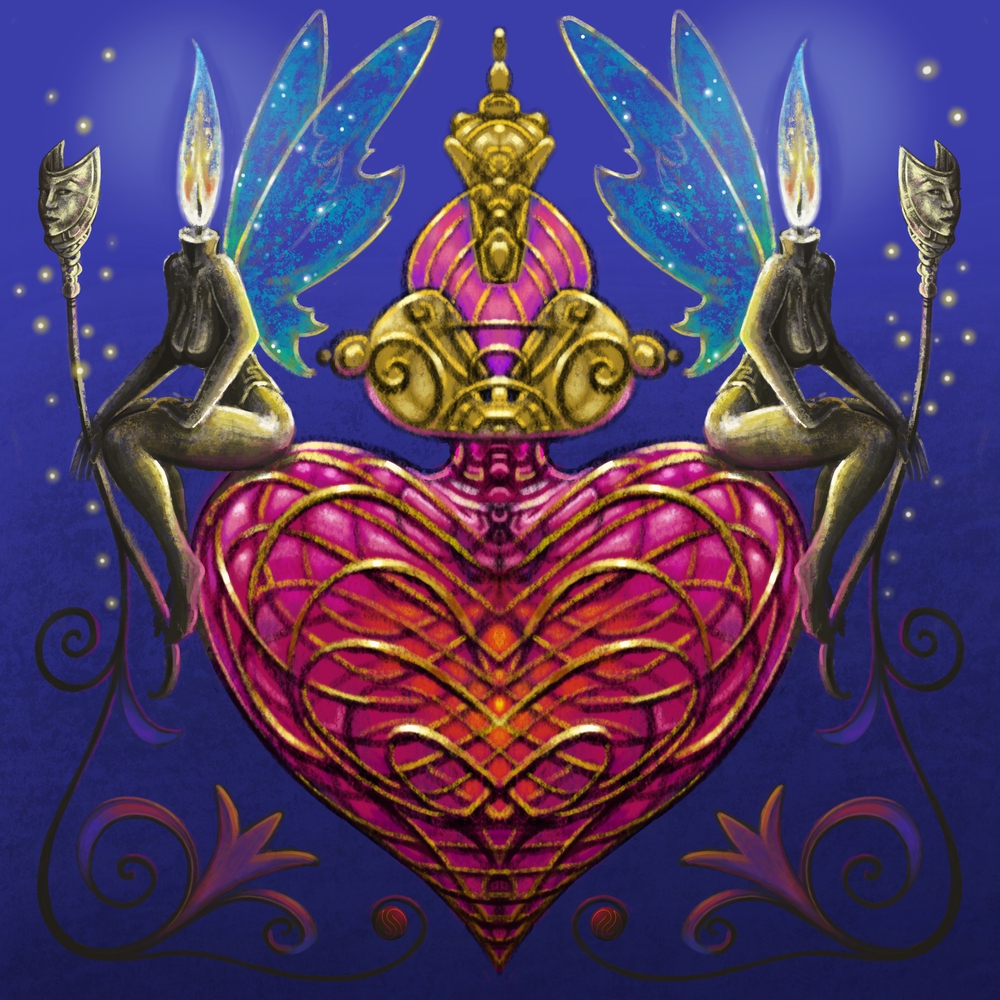 The Fragile Art of Knowing My Heart

The Fragile Art of Knowing My Heart
Joshua Levin
Accepting offers. 3 of 10 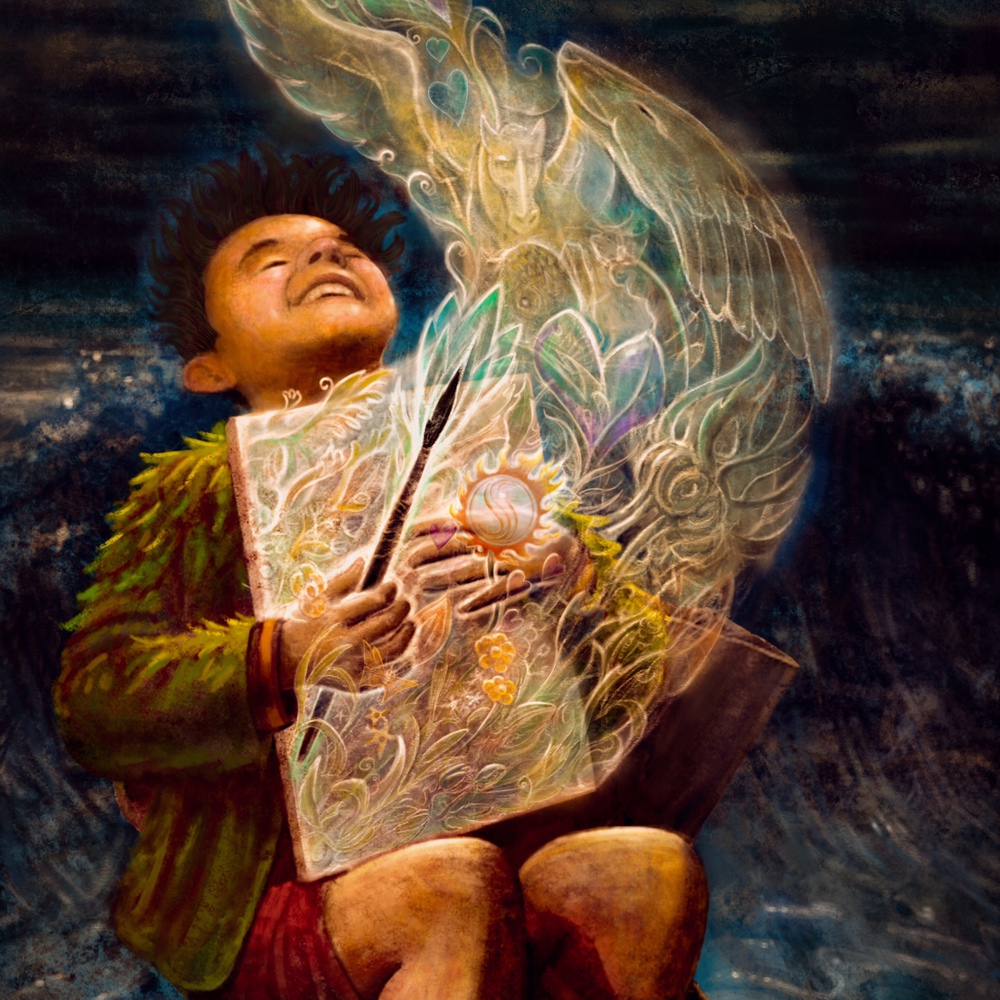 I Want to Be a Lighthouse

I Want to Be a Lighthouse
Joshua Levin
Accepting offers. 2 of 2 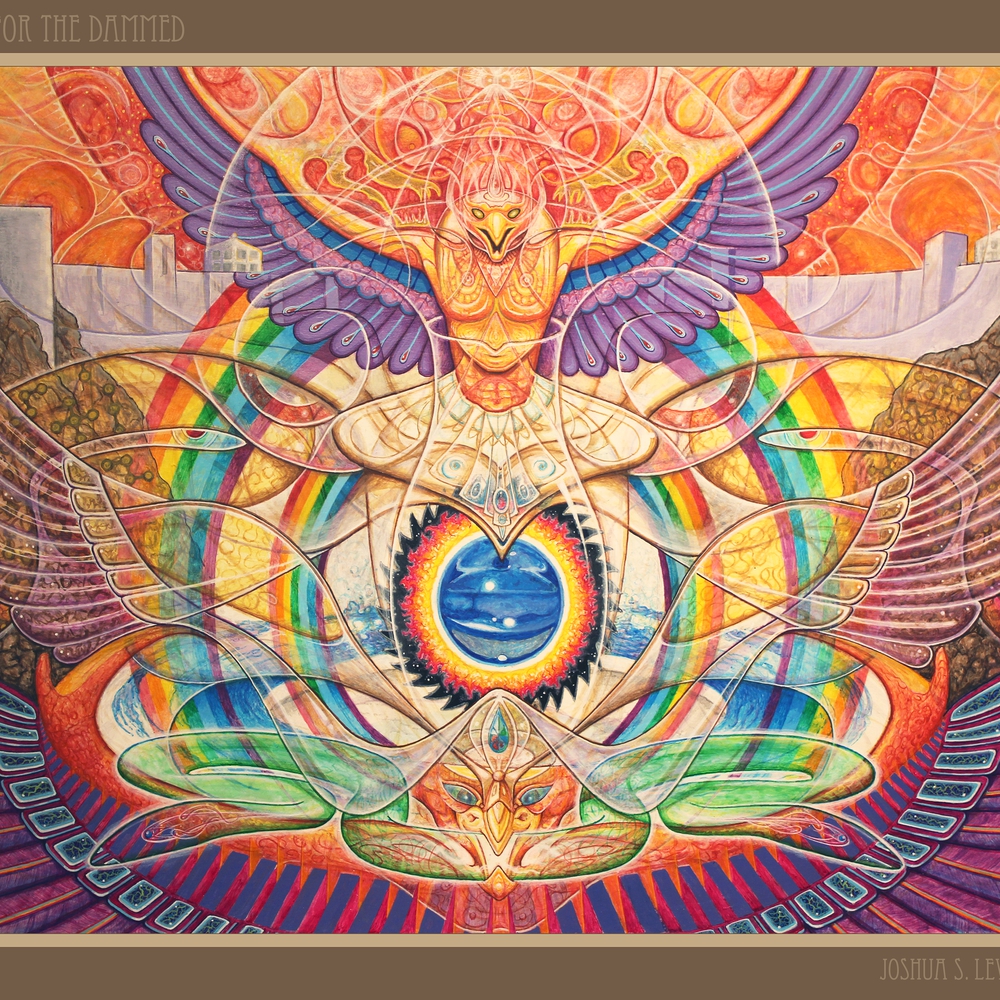 Water for the Dammed

Water for the Dammed
Joshua Levin
Accepting offers. 3 of 5 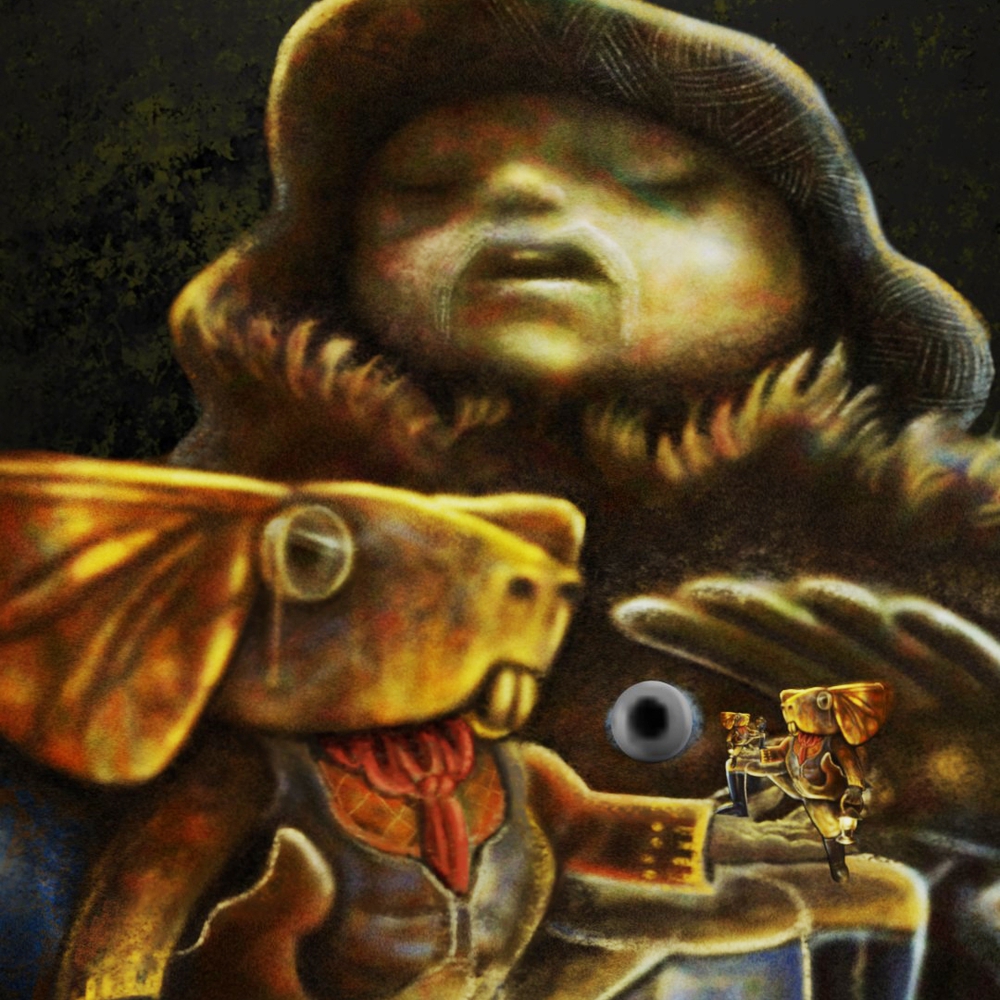 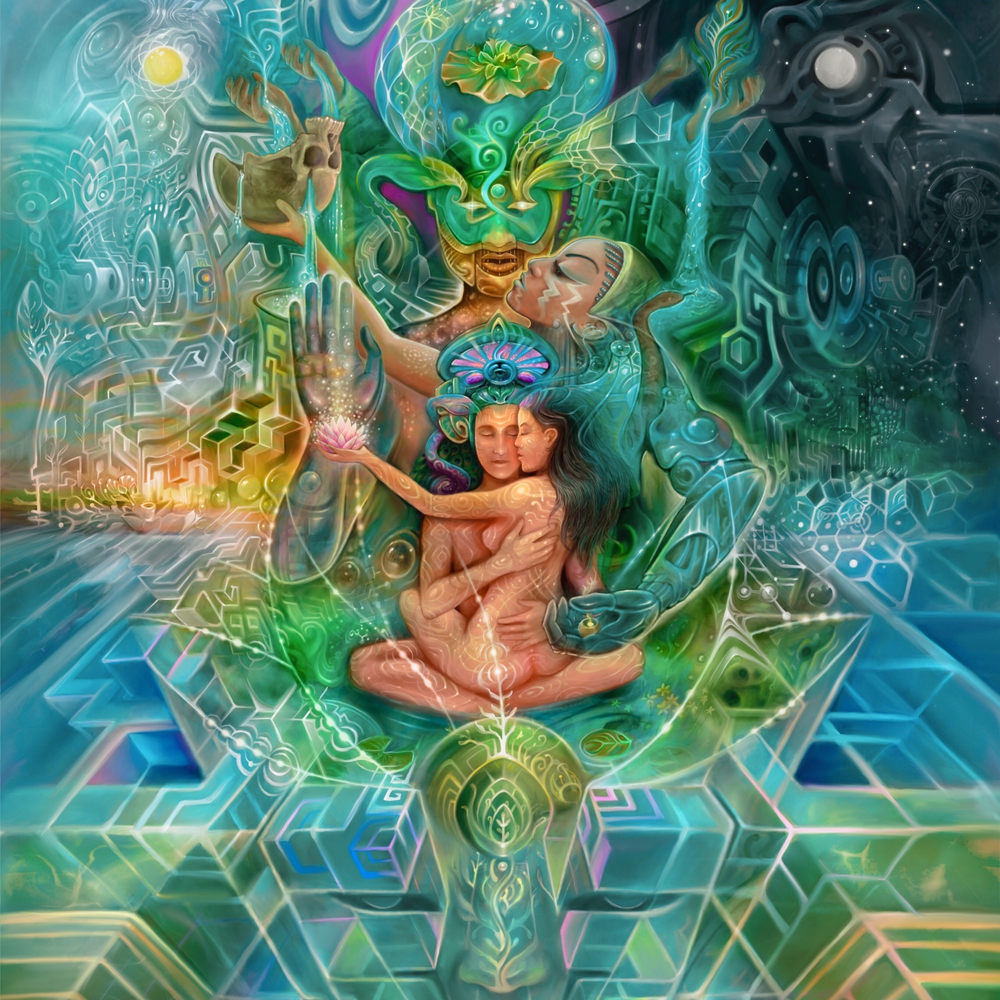 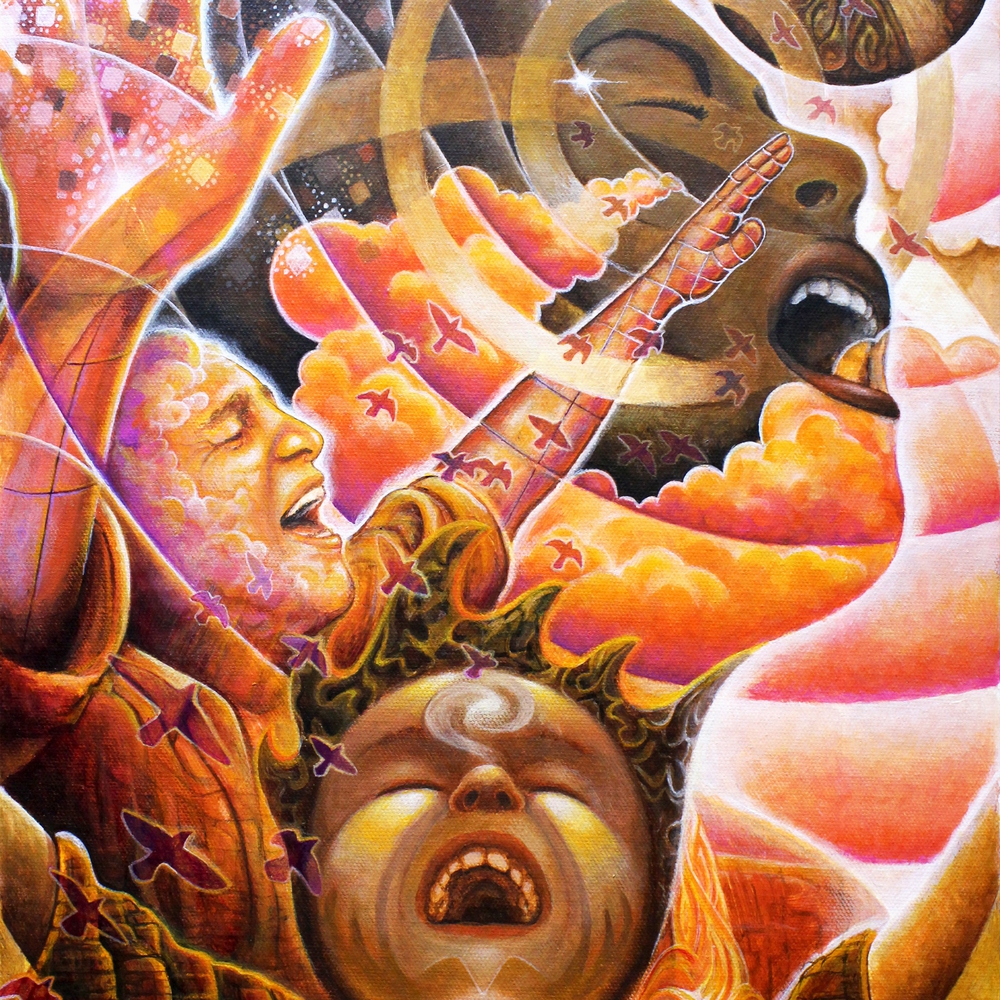