Igor Kourany Molto hasn't been followed by anyone.
CREATIONS COLLECTION ABOUT SHOP 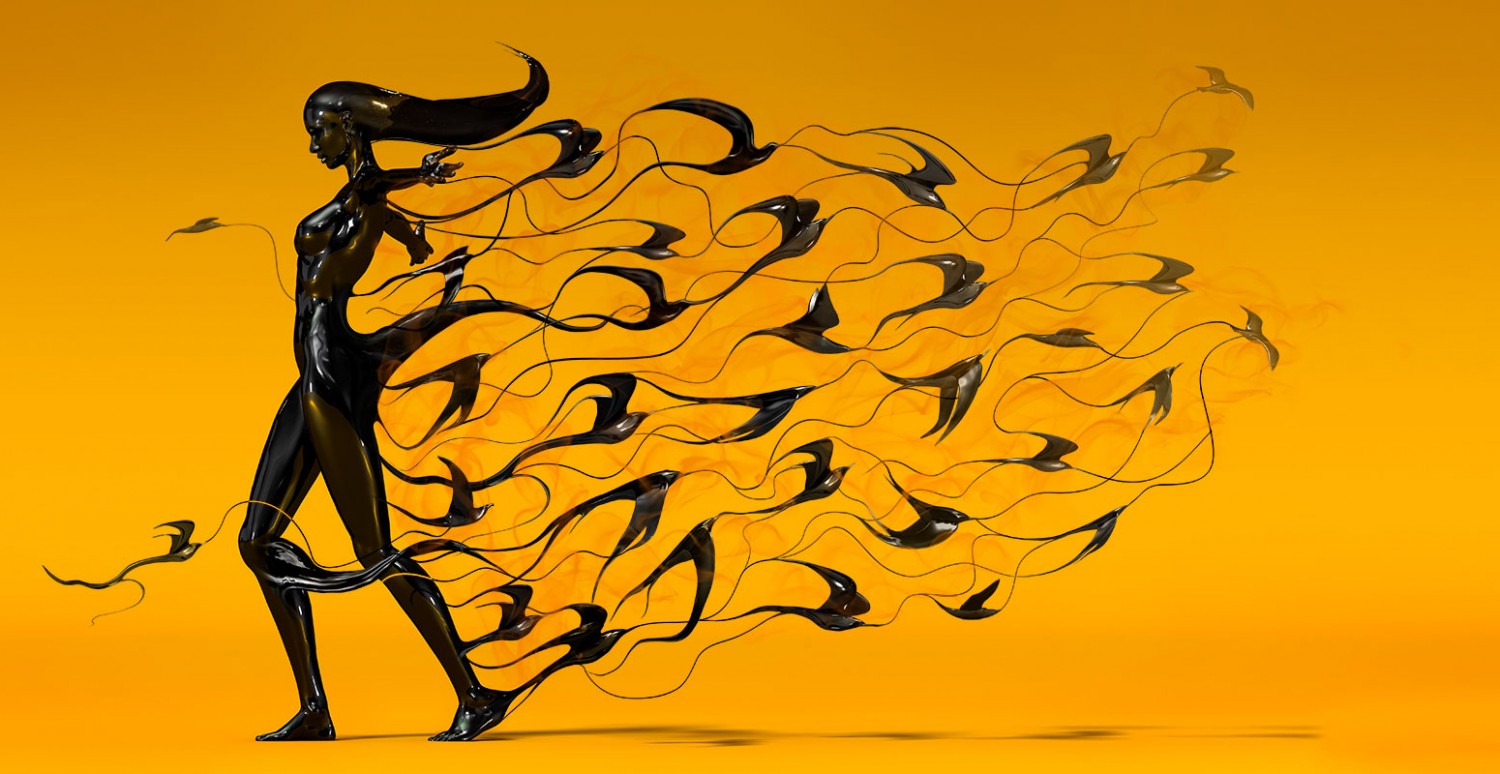 It all started with a barter where I obtained my first digital camera (Sony Mavica) in the year 1996. The device was very basic, and its appearance would look funny to us today. I started by using it to photograph lots where architectonic projects would develop. The objective was to use the photos in my presentations and "3D renderings" and as ambient backgrounds. Then I discovered which is until today -beyond discussion- the most potent, fabulous and indispensable tool ever invented for any photographer, graphic designer or digital artist: the fairly venerated "Adobe Photoshop", with which I did my first experiments, consisting basically of scanning images from magazines such as National Geographic and making simple photomontages and adding some filters included in the software.

This, joined by the then recent creation of the internet and shows on Networks such as MTV, is how the keys of something, disconcerting at the moment, were reveled to me: precisely in one of their fabulous clips where the letter M was animated, an illustrator (whose name, sadly, I can't remember) used notable mixed techniques of hand drawing and computer postproduction, opening an endless setting of possibilities and applications of these techniques.

This matter encouraged me to study how these things were done and progressively conducted me to discover the foundations of those technologies. That way, the bases for a new era in the world of art hatched, possibly thanks to computer and image editing software development. It was the beginning of "Digital Art"

I started doing digital art as an experiment, and, as a parallel activity to escape the routine of daily work, I printed my first works in light boxes (Duratrans), trying to emulate what I generated on the screen. My friends seemed to like it and, in no time, they took it all away. They encouraged me to enter some of the few Digital Art contests in Panama such as the: Philips Arts Expression, with which I represented Panama in Sao Paulo, Brazil, and Sony Photography Contest for Latin America, which I won in my category.

Then I traveled to Europe for academic reasons. There, when finished my studies, I made the most of it making a "marathon" travel, going through the main European capitals to visit the great museums and principal contemporary art galleries of those latitudes. This was a determinant factor and, most definitely, changed my life. To see the work of the great masters of the 20th Century was the second qualitative jump I had in my life as an artist. I must confess it opened a fan of endless possibilities, not only in techniques, but conceptually, in terms of tendencies referring contemporary art and, better yet, the digital art I was just beginning to put in practice.

Logically, constantly manipulating another's images to create digital art woke up a natural curiosity, better said, the "necessity" to generate images of my own and at a professional level. I then set off to digest all the photographic literature I could find. I studied thousands of photographs of all kind and I enrolled in several photography courses. I also rented a photographic studio and I started the endless experimentation process this discipline requires.

The third great event in my life was when, once and for all, I dared to look for a gallery owner and formally got my first solo exposition in December 2007, entitled "Los Colores del Diablo" ("The Colors of the Devil"), a photographic show I prepared in reference of a Panamanian vernacular festival. Curiously, this would turn out to be in my first programmed exposition, the order of which later would invert only for logistical matters, obtained paradoxically thanks to an "almost documental" photographic work. This was the trigger that radically changed my perception of myself, of the art in general, and let me fulfill the biggest dream of any artist: to show their work to the public.