Grand Chamaco was born in 1982, in Los Ramones, a municipality of the State of Nuevo Leon, in Mexico. He spent his childhood afternoons playing with colour pencils while he dipped dry meat with chilli sauce and lemon. At the age of 25, he opened a small school for illustration and painting, hoping to share his knowledge. The school completely failed.

Frustrated by the lack of attention received from the people of his home town, Grand Chamaco retreated from society. He used the time to build a workshop in a cottage, where he spent many years studying and perfecting his style. After the arrival of the internet to his town, Grand Chamaco began to exploit his talent and show it to the world – first through social media, and then… we don’t know. Learn More

IV gallery has curated "Mucho Muchacho" by Mexico-based Grand Chamaco. An illustrator based in the small village of Los Ramones, El Grand Chamaco’s artworks are inspired by his Mexican roots, adopting the colorful vibrant palette of the culture into his 3D graphics. After years of perfecting his style, he gained his fame as a prominent illustrator and character designer—reimagining pop culture characters with a playful and satirical approach. Grand Chamaco's series brings together vibrant portraits of Frida Kahlo, Salvador Dalí, Donald Trump, Jesus, and more.

This Drop comes with the bonus of five physical statues of Dalí. One statue will be awarded to the winner of "The Last Supper" auction. Each of the remaining four statues will be randomly awarded to one collector of each Limited Edition artwork. 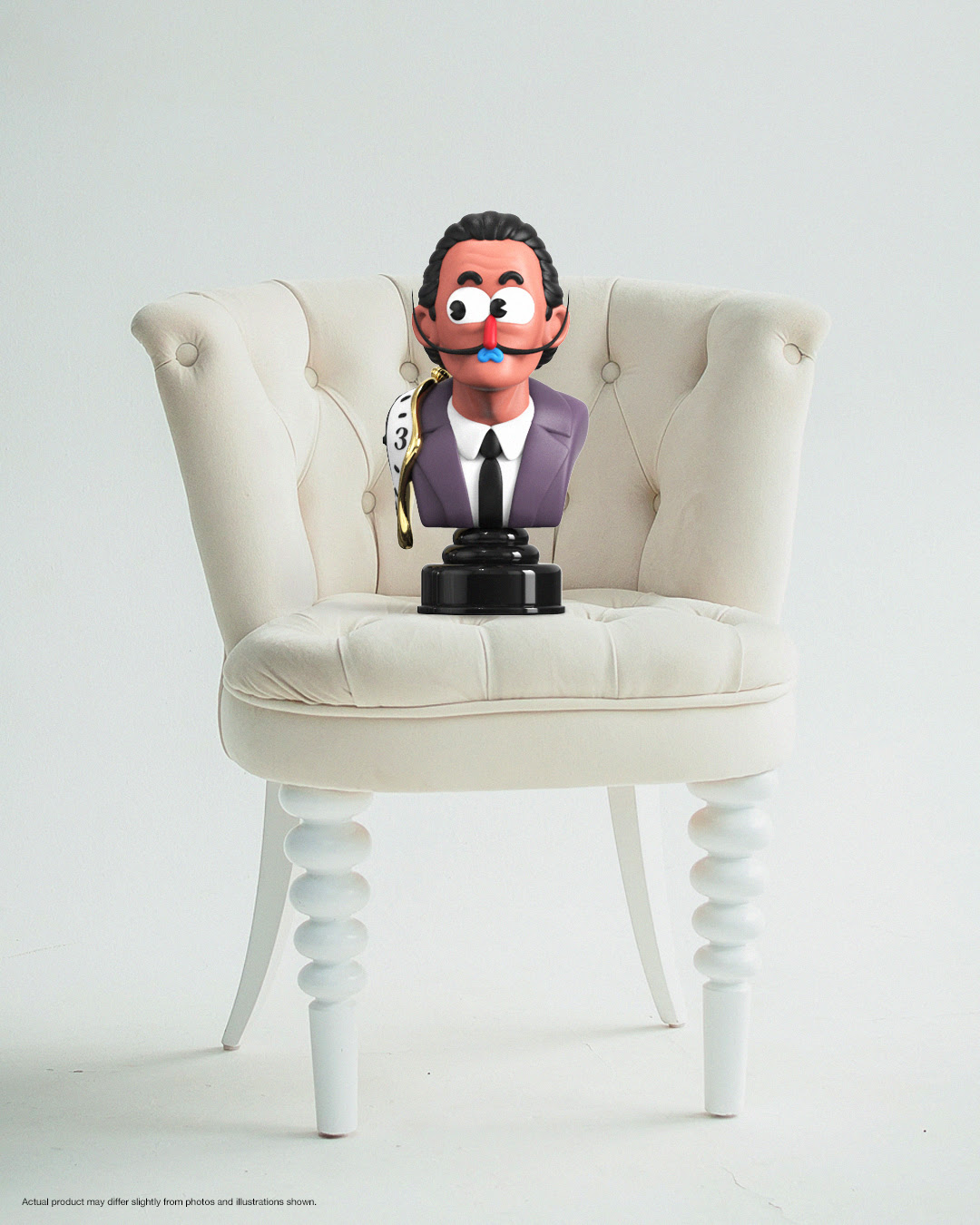 DON'T MISS OUT ON FUTURE DROPS!