Cryptoking hasn't been followed by anyone.
COLLECTION ABOUT SHOP 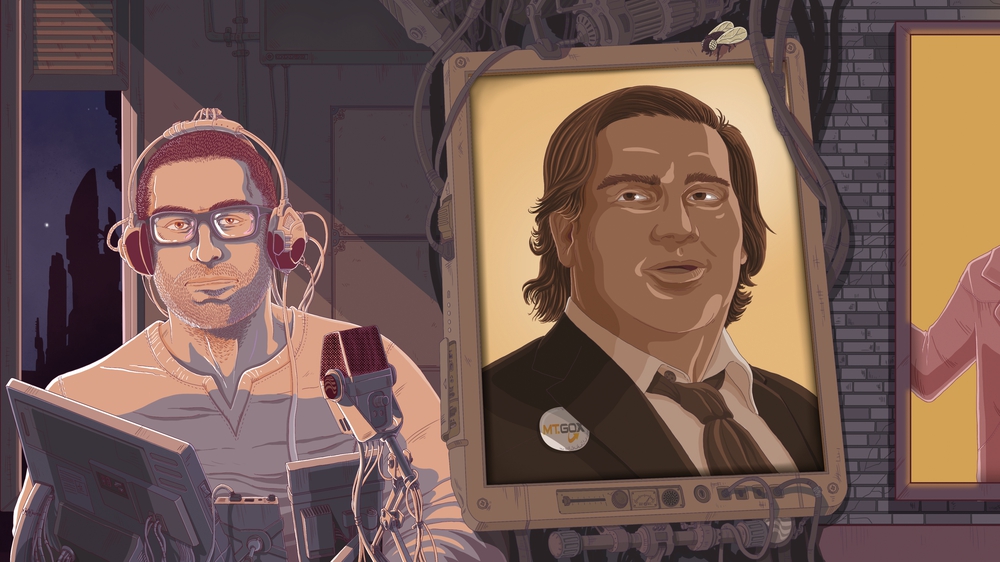 08: Charlie Shrem
On January 25th, 2014, the CEO of BitInstant, an early Bitcoin exchange, was arrested at JFK International Airport on money-laundering charges. After a year in court, 25-year-old Charlie Shrem was found guilty of operating an unlicensed money transmitting business, and sentenced to 2 years in prison.
After his … (read more)

08: Charlie Shrem
On January 25th, 2014, the CEO of BitInstant, an early Bitcoin exchange, was arrested at JFK International Airport on money-laundering charges. After a year in court, 25-year-old Charlie Shrem was found guilty of operating an unlicensed money transmitting business, and sentenced to 2 years in prison.
After his release in 2016, Shrem rejoined the cryptocurrency industry with projects such as Jaxx wallet and the information website Crypto.IQ.
Shrem also runs the popular crypto podcast "Untold Stories," sharing an "oral history" of Bitcoin and its legacy.

09: Mark Karpeles
On February 24th, 2014, the world’s largest Bitcoin exchange MTGox went offline. The embattled CEO Mark Karpeles alleged that they had been a victim of a massive hack, with over 750,000 bitcoins in customer funds lost. Investigations revealed that the theft had actually been spread over some time, and MtGox had been insolvent as far back as 2013.
In proceedings that lasted until March 2019, Karpeles was acquitted after it was ruled that he had acted without ill intent. By then the lost bitcoins had appreciated in value by over 20x.
The efforts to compensate some 24,000 MtGox customers are still ongoing.

10: Dorian Nakamoto
On March 6th, 2014, Newsweek alleged that they had found the creator of Bitcoin in the suburbs of Temple City, California. Dorian S. Nakamoto was a 64-year-old Japanese American with a background in physics and engineering.
Hounded by the press, Nakamoto denied all connection to Bitcoin, saying that he had worked on classified military projects in the past, but had never heard of cryptocurrency.
While the community rejected the idea that Dorian S. Nakamoto was the real Satoshi, many members donated funds to help pay for legal expenses pertaining to the Newsweek debacle. Through the years, numerous Bitcoin conferences have invited Nakamoto to speak about his experiences as the falsely-accused Bitcoin creator.

11: The Bearwhale
On October 6th, 2014, an anonymous trader placed a 30,000-BTC sell offer on Bitstamp at $300. At the time, that single $9M order accounted for 30% of Bitcoin’s average daily volume, and immediately set off a flurry of speculation. Many feared that such a substantial liquidation would cause the price to plummet.
Over the next six hours, the community rallied to buy up all of the Bearwhale’s coins and preserve the market value. By the end of the trading session, the entire 30,000-BTC order had been consumed and the Bitcoin price had actually appreciated to $340.
Although the trader has remained anonymous, the Bearwhale incident has been immortalized in paintings, t-shirts, and even 3D printed objects, as an enduring example of the global community coming together in real-time against overwhelming odds.

12: The Bitlicense
On June 3, 2015, the New York State Department of Financial Services (NYDFS) published the final version of its Bitlicense regulation, making it illegal to offer cryptocurrency services to New Yorkers without a license. At least 10 major exchanges, including Bitfinex, Kraken, and Poloniex, immediately move to exit the state in response to the new regulations, describing the framework as “unnecessary” and “stifling to innovation.”
By the following year, only two Bitlicenses have been granted, to the wallet app Circle and the blockchain company Ripple. As of July 2020, only 25 crypto companies are legally allowed to operate within the state.
As of June 2020, the NYDFS has released new guidance that aims to streamline the license application process and potentially reopen the state to more crypto industry players.

13: Adam Back
On June 8, 2015, Adam Back and his cofounders at Blockstream released Sidechain Elements to the open-source community. Envisioned as a bridge between other blockchains, the project embraced Bitcoin’s conservative protocol and enabled experimentation to happen externally.
Back was a British cryptographer and cypherpunk credited with having invented Hashcash in 1997, an early example of cryptocurrency that used a similar system as Bitcoin. His foundational work in cryptography led to allegations that he was the person behind the Satoshi Nakamoto pseudonym, a fact that he had denied.
Over the years, Blockstream has made substantial contributions to the Bitcoin industry, from consumer wallet apps and layer-2 development, to mining facilities and even a Bitcoin satellite!

14: Vitalik Buterin
On July 30, 2015, the Ethereum blockchain went live for the first time. Originally authored by Vitalik Buterin and Gavin Wood, the goal of the new protocol was to add a programmable layer on top of a blockchain, something that could only be done in a limited fashion with Bitcoin.
Ethereum’s development was funded via a 3,700-BTC crowdsale, making it the first practical example of what would later be referred to as an “ICO.” Over the next few years, Buterin, the Ethereum foundation, and ConsenSys would become some of the most influential players in the space, kickstarting a new era of blockchain experimentation and development.

"Bitcoin: A Visual History" is a series of 21 illustrations and cinemagraphs commemorating remarkable people and landmark events throughout Bitcoin history. BVH is divided into 3 series of 7 illustrations each, with Series 1 dropping in late August 2020, and Series 2 dropping in mid-November 2020. Series 3 is scheduled to drop in the first quarter of 2021.
Each illustration in BVH interlocks with the illustration immediately preceding it, and once completed, all three sets will form one massive unbroken chain of interconnecting illustrations.

Each segment is available as a 1-of-1 ultra-rare cinemagraph, or as a 10-of-10 limited edition illustration. The first 11 collectors who can bring together all seven Series 1 pieces will also receive an 11-of-11 limited edition illustration that brings together all 7 pieces in a single unbroken image. This collected edition is free and can only be obtained directly from the artist.
This series was created by CRYPTOPOP! with the support of WavesWorld.io.

Cryptopop.net is a project of artist Luis Buenaventura (@helloluis), and began in 2017 as an attempt to blend the esoteric and often opaque nature of cryptocurrencies with the accessibility of pop culture iconography. He has created artwork for Coindesk, CoinMarketCap, Litecoin Foundation, Monero Foundation, is a coauthor of The Little Bitcoin Book (@littlebitcoinbk), and is the founder of BloomX (@bloomxorg).

You're now the owner of a rare digital artwork by Luis Buenaventura!
Please allow a few moments for us to transfer ownership of this creation to your digital wallet.
View your Purchases

Your bid to own a rare digital artwork by Luis Buenaventura has been submitted.
The owner has been notified and we'll let you know if they accept your bid.
View Your Bids

will be applied to your existing offer of

A Global Offer is a single offer that is submitted to all owners of a multi-edition artwork. After one edition owner accepts the bid, the bid is processed and all other bids are withdrawn. 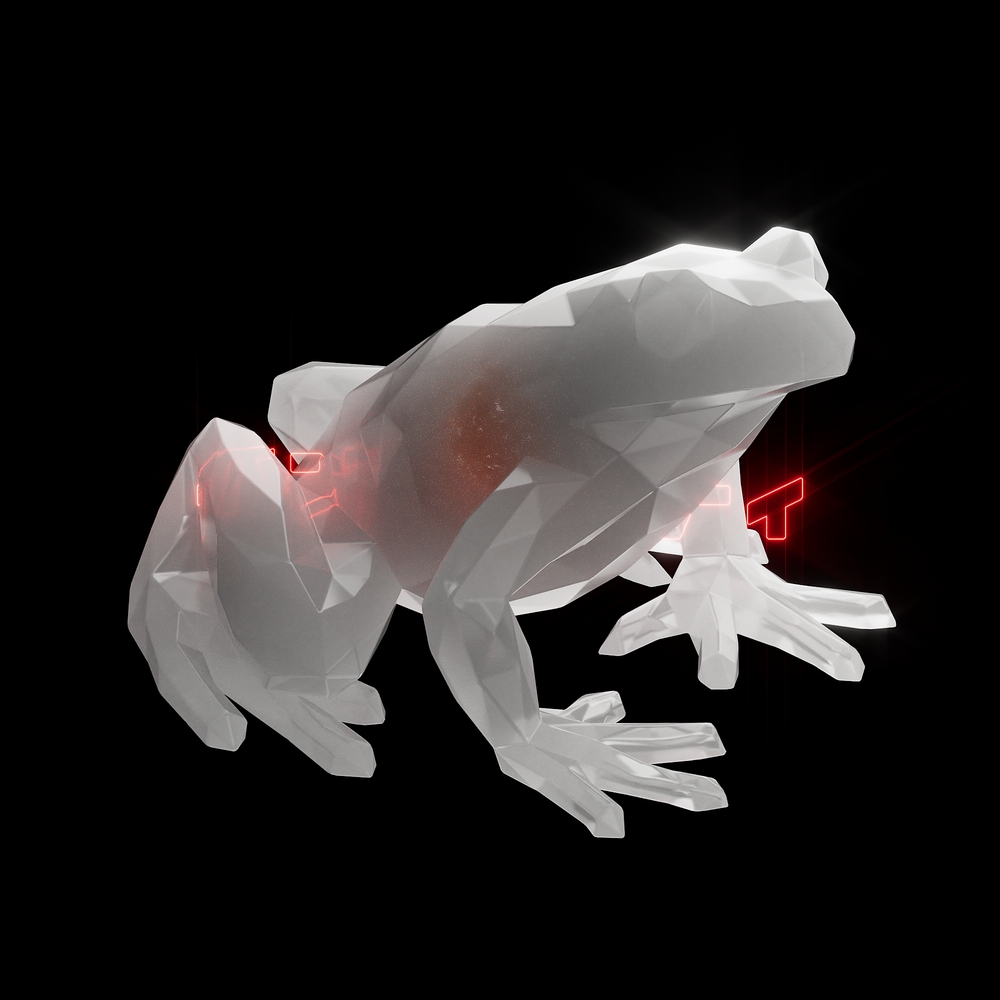 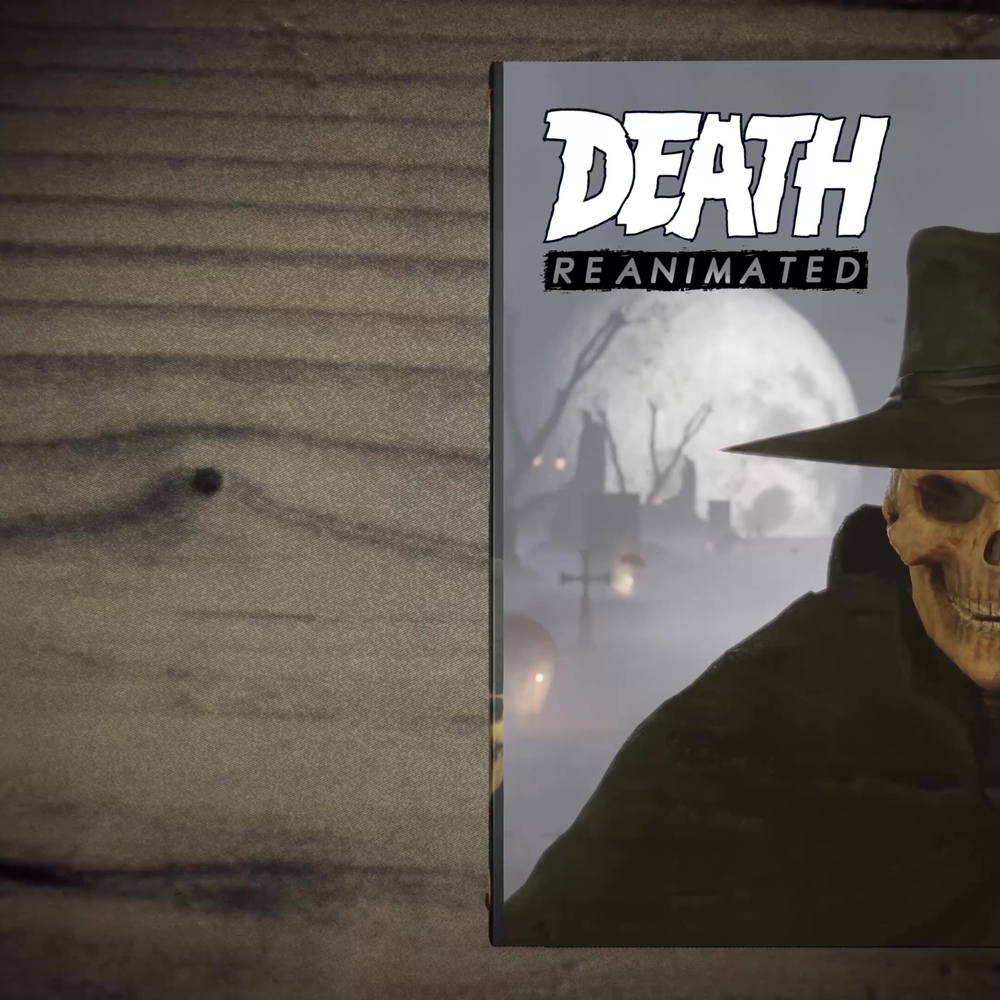 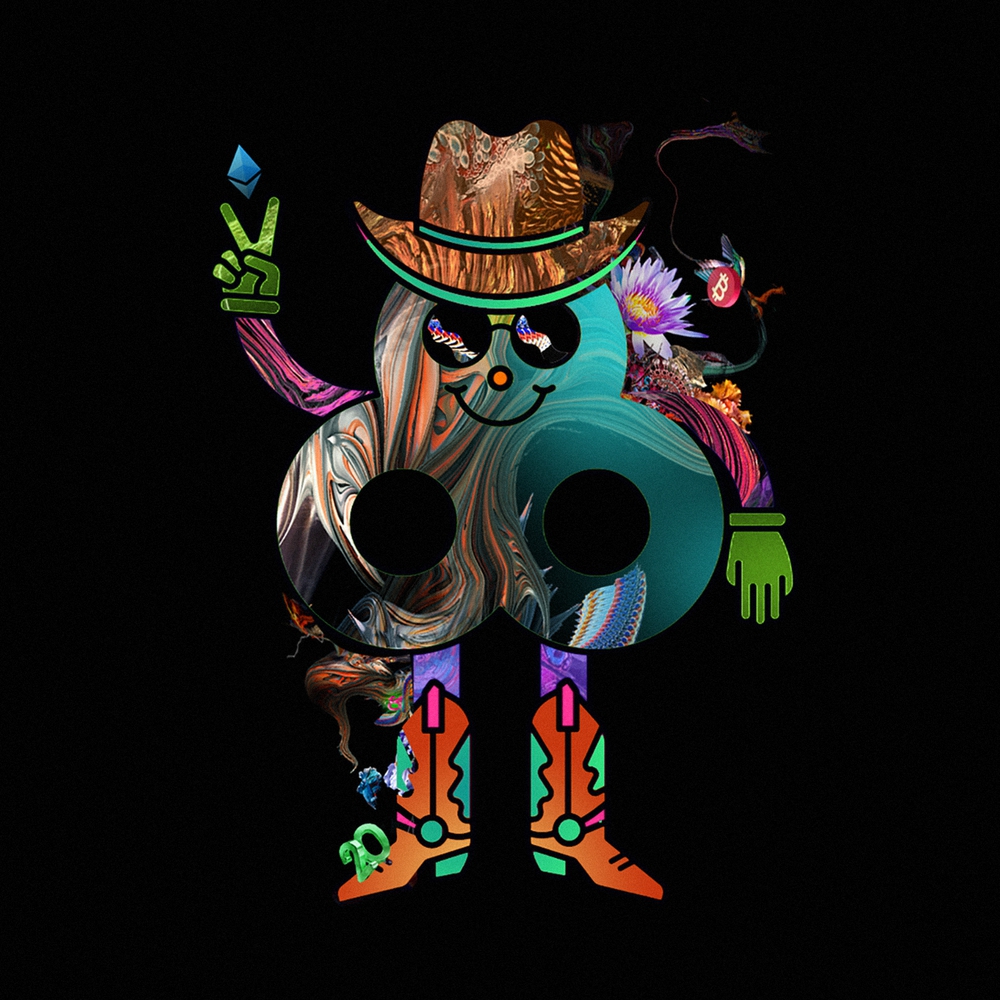 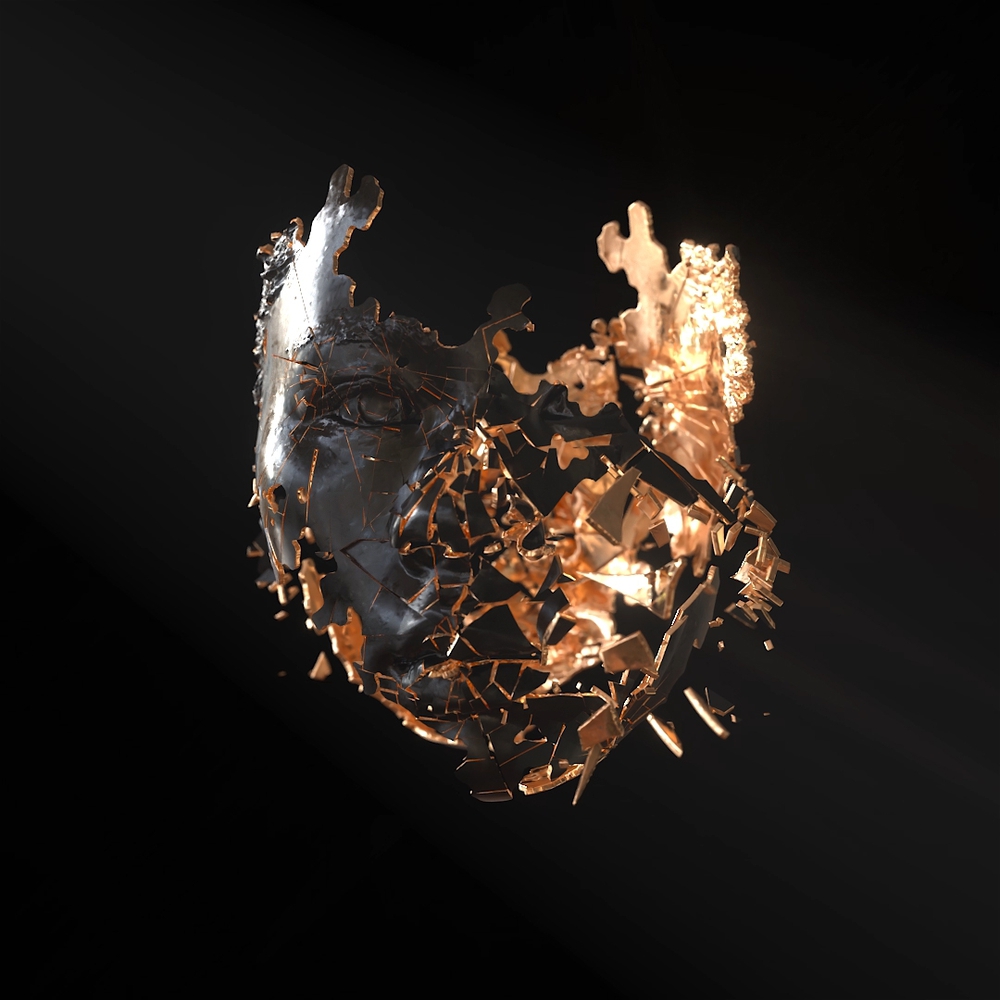 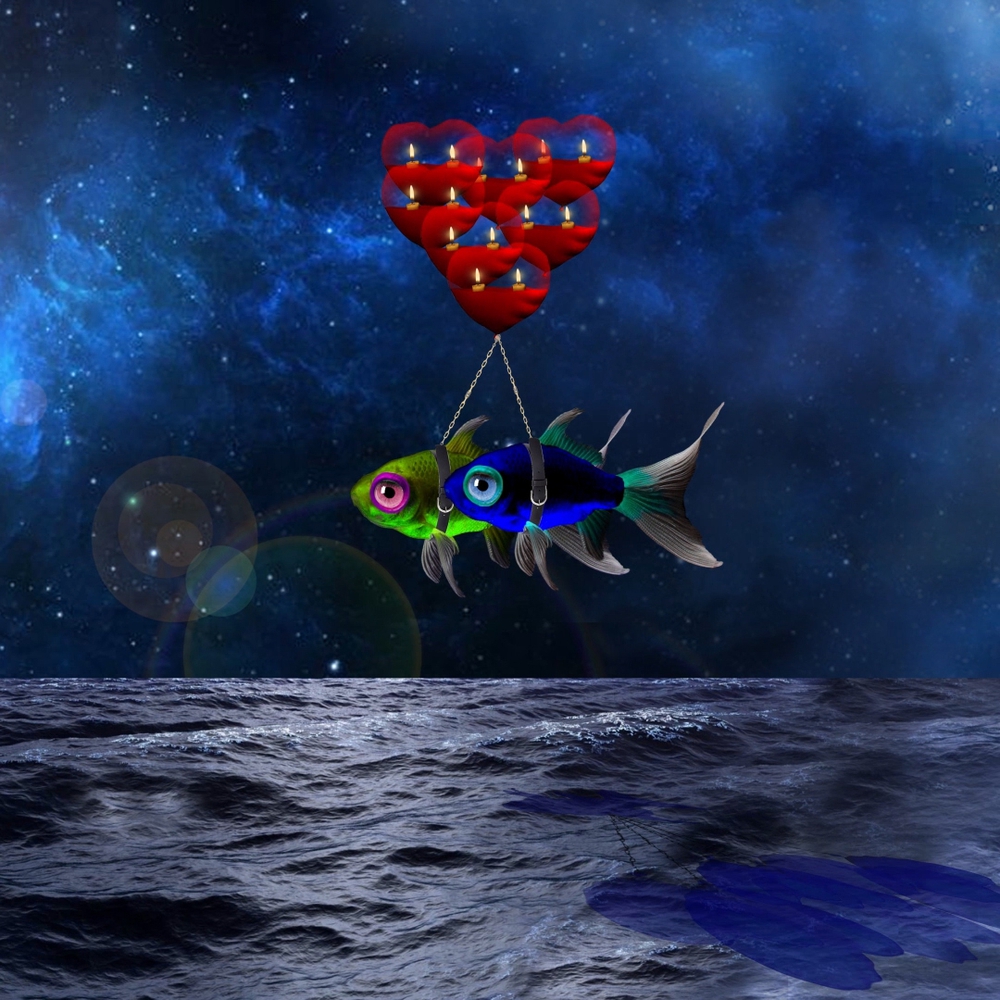 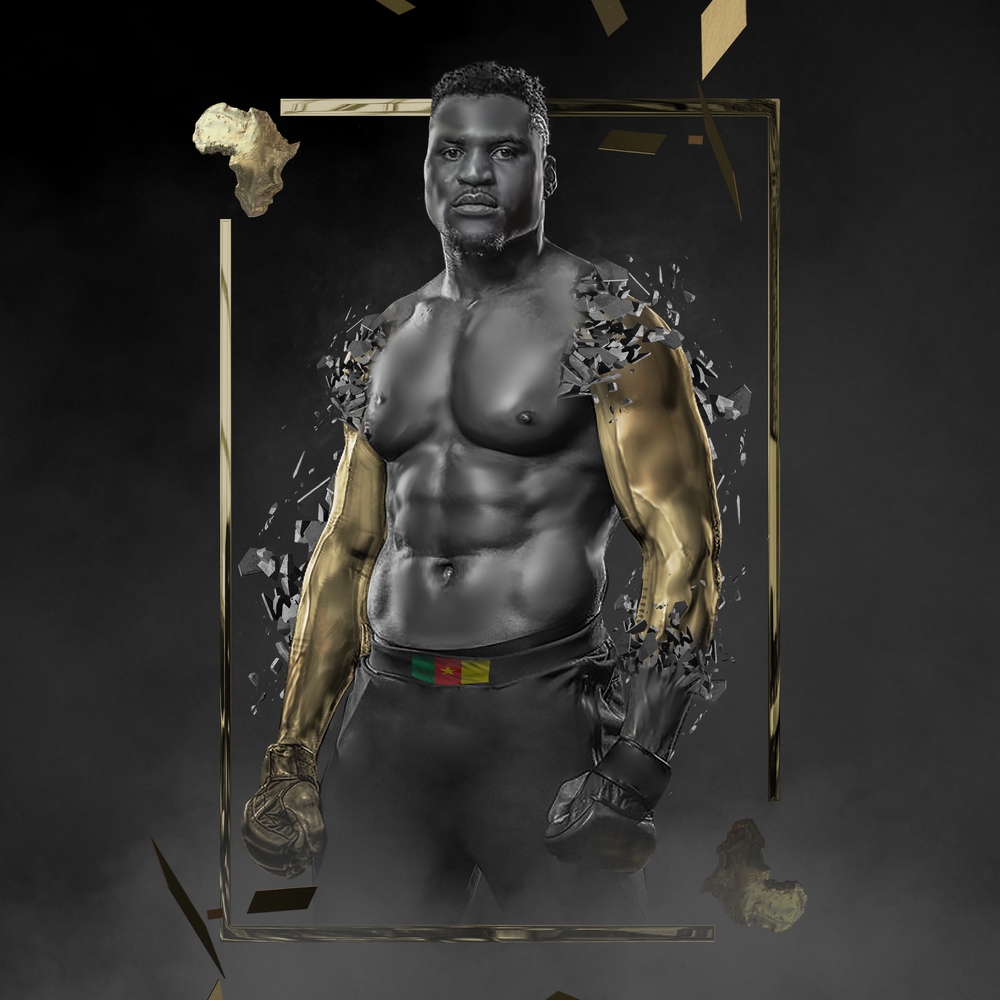 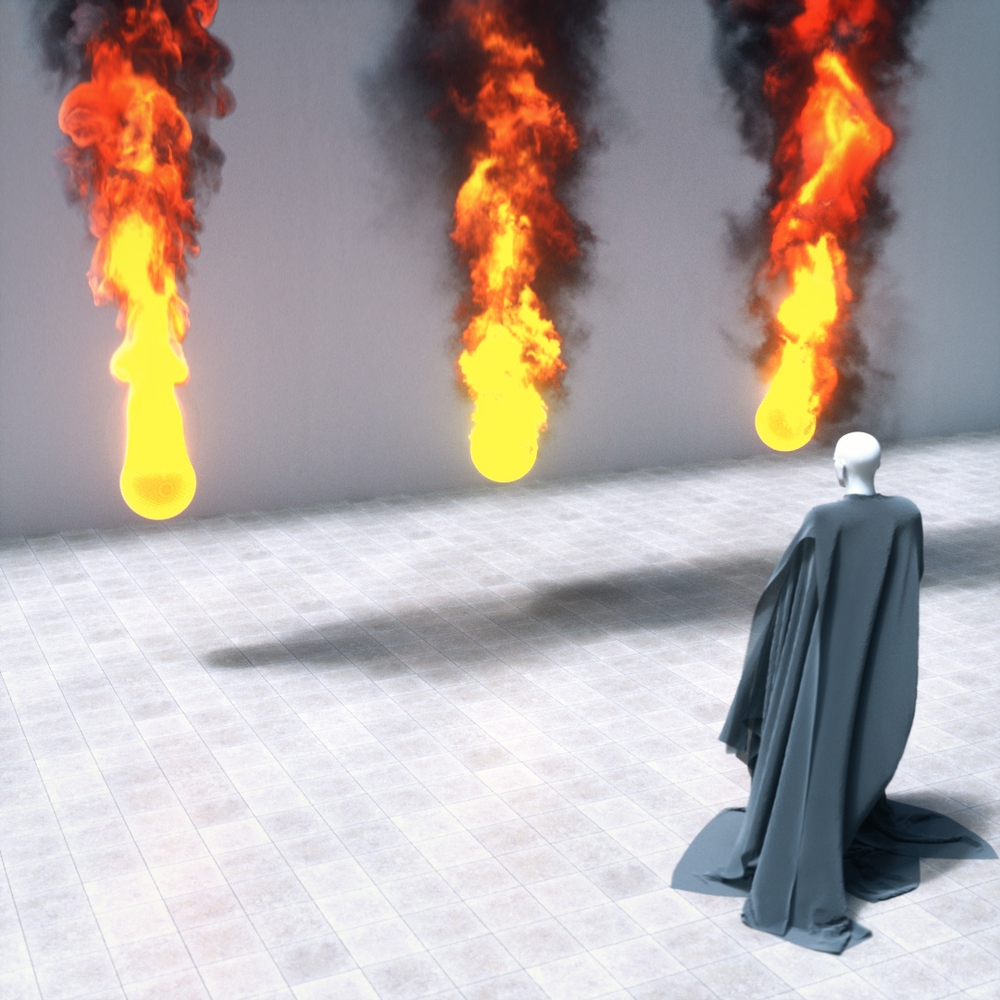 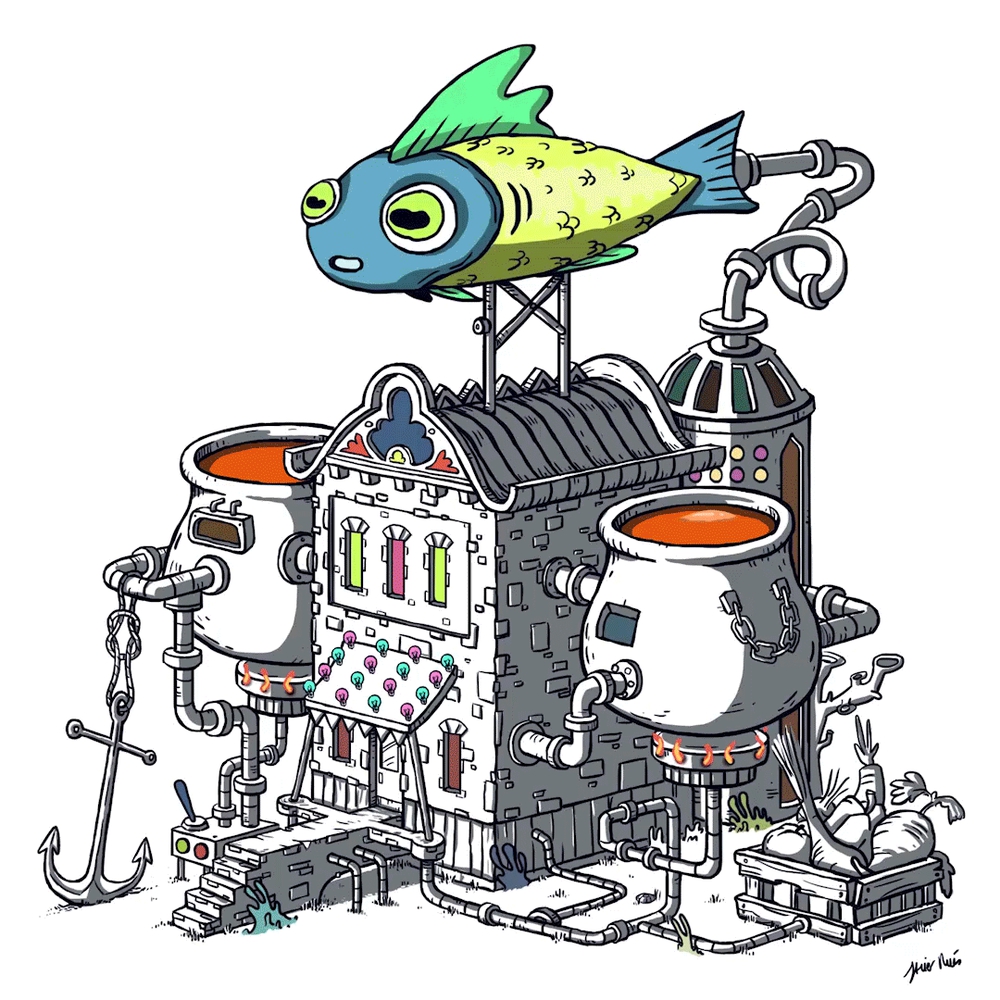 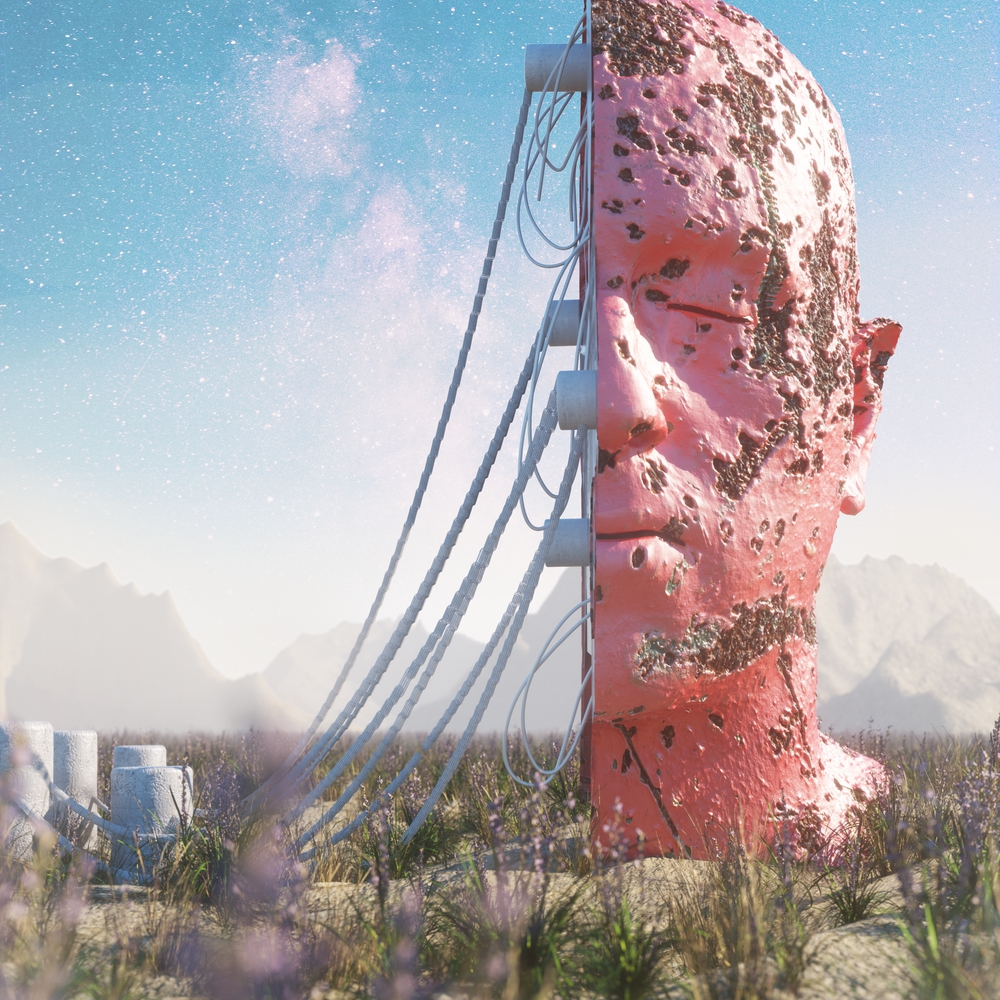 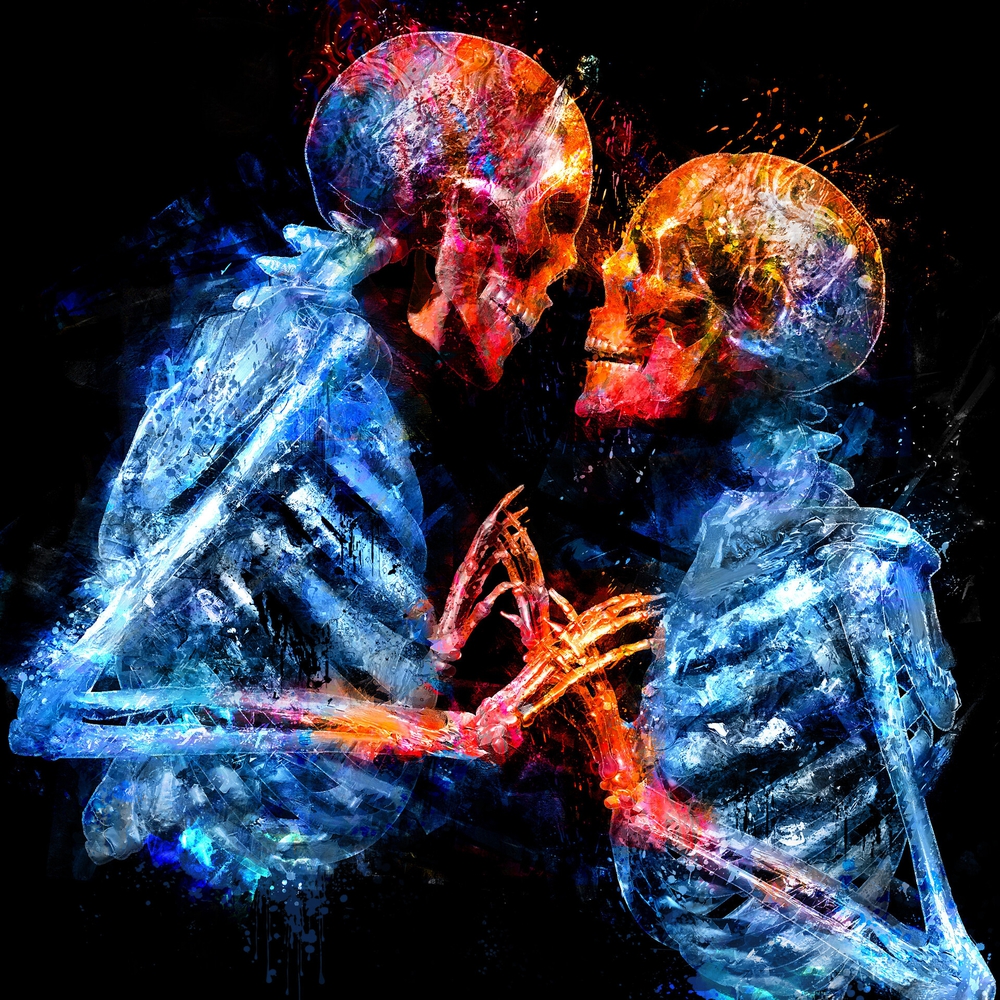 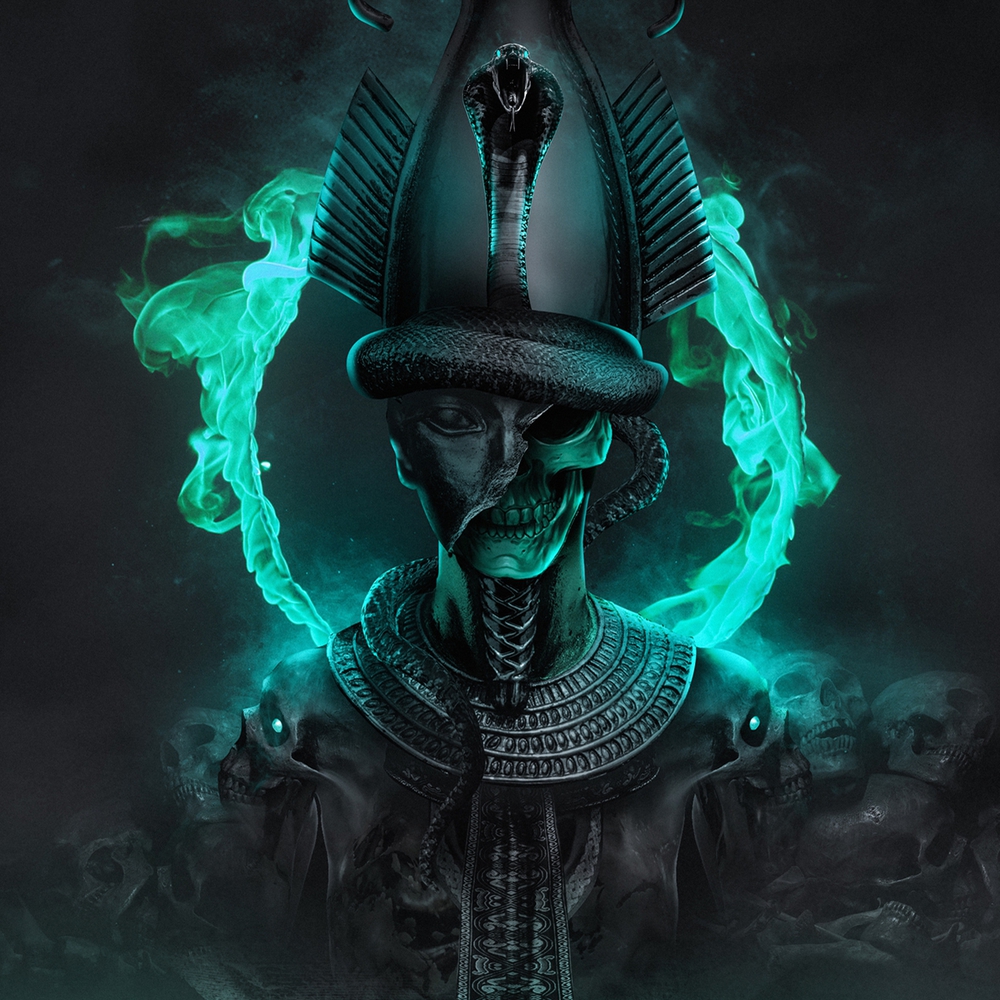 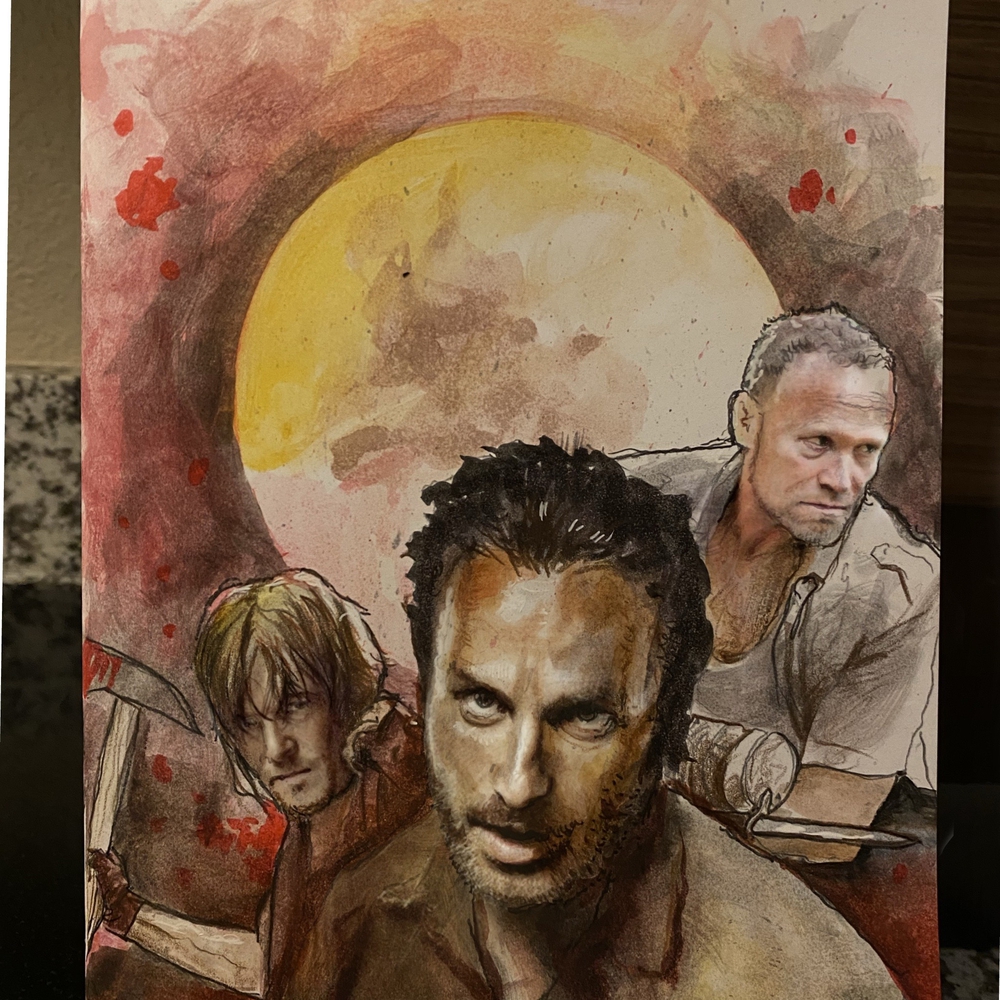